Chief: Novichok pushed us to our limit 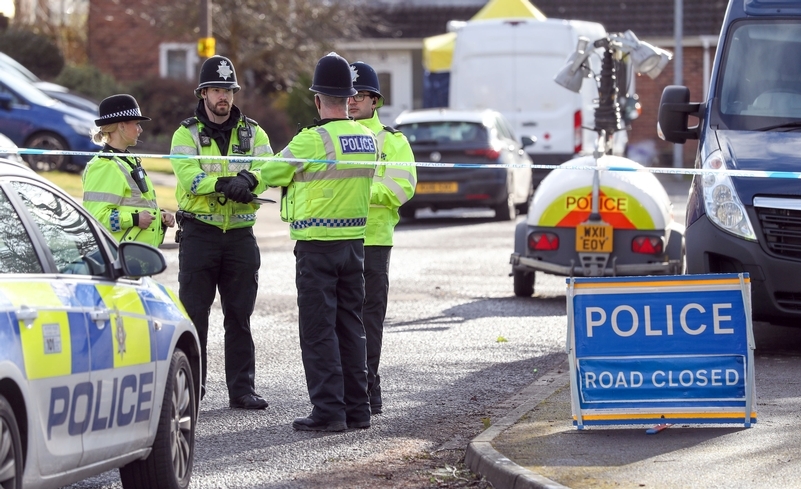 'Last year was a year of unprecedented demand and pressure'

The Novichok poisoning tested officers to their limits and is the most complex and demanding case in the history of Wiltshire Police, the force's chief constable says.

Kier Pritchard's first day in the job fell on March 5 last year - the day after the incident took place and when it became clear the nerve agent was involved.

He said: "This case is without doubt the most complex, demanding and high profile we've ever had in Wiltshire.

"Every day there was a new development or another twist which would not only test the resilience of my officers and staff but the communities we serve in the south of the county.

"The response we had, and continue to have, from the public is astonishing.

"To this day, there are still people in the city who take the time to come up to my officers and thank them for their dedication and diligence over 2018.

"I will be honest, this investigation and the subsequent tragic death of Dawn Sturgess in Amesbury a few months later tested us to our limits.

"Of course the thoughts of everyone in Wiltshire Police continue to go out to all those who have been affected in some way through the significance of these incidents.

"This first anniversary gives us the opportunity to briefly pause and reflect on the enormity of the task we faced and the outstanding work each and every one of my officers, staff and volunteers did and continue to do - whether directly involved in the incidents or maintaining the vital business of policing the rest of our county.

"Last year was a year of unprecedented demand and pressure, but more importantly it was the year of extraordinary togetherness - we rallied around our communities and they rallied around us."

The government pledged a further £3 million to the force in November to cover the costs of dealing with the attack, with the total bill expected to reach almost £11 million.

On Friday, counter-terrorism police reissued their appeal for information about the counterfeit perfume bottle thought to have contained Novichok - saying they still do not know what happened to it in the three months between March 4 and when it was found by Ms Sturgess's partner Charlie Rowley on June 27.

Angus Macpherson, the Wiltshire and Swindon police and crime commissioner, said: "It's fair to say that the past year has been a difficult one for those in south Wiltshire, and it's important that recovery efforts continue to support those in Salisbury and Amesbury.

"It was incredibly important to me that we were not left to shoulder the financial burden of what was an international incident, and I'm pleased to have been able to keep the Home Office up-to-date on the operational costs and for this to have now been reimbursed in full.

"The two incidents saw a huge demand placed on all emergency services and our partner agencies. Wiltshire Police faced a period of extraordinary pressure, which saw 1,200 officers from every other police force across the country come and support us.

"So many people were affected by what happened on March 4, 2018 and the subsequent events that followed and my thoughts continue to be with them, in particular the family and friends of Dawn Sturgess.

"The community spirit and support has been unfaltering in the past 12 months. Last year we truly saw the very worst, but the very best, of humankind."