Force on restraint storm: Edited footage of viral video did not show officers being attacked 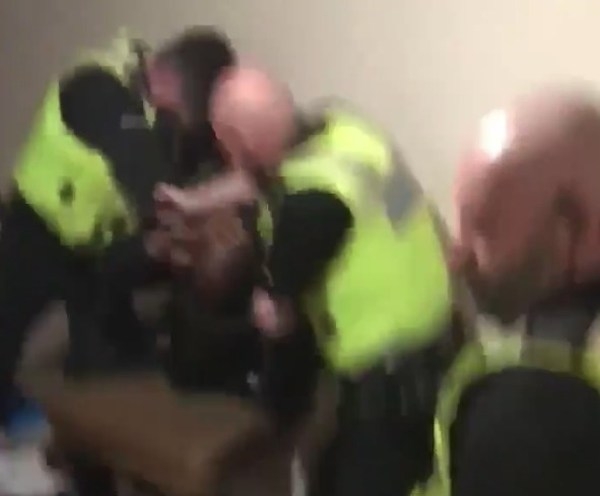 A force has leapt to the defence of officers left battered and bruised after accepting a “really shocking” viral video shows a man being repeatedly struck around the head as he is restrained.

West Midlands Police said there is a “need to understand” what the five officers caught up in a watchdog inquiry were facing when called by a doctor conducting a mental health assessment on a 38-year-old man in Sandwell.

The force has referred itself to the Independent Office for Police Conduct over the video, saying it has "generated concern across communities".

Edited footage posted on social media – viewed more than 1.4 million times – shows a man being hit at least seven times but unseen are the events leading up to the restraint, said a police statement.

A West Midlands force spokesman said during the assessment the man had “become violent” and assaulted a doctor with a metal crutch.

Officers who were called to the incident on February 25 used incapacitant spray to subdue the man before placing him in handcuffs.

But then he used his walking sticks to attack the officers, said the force, leaving three with various injuries to their arms, heads, face and hands. Two officers were treated for the effects from the incapacitant spray while the doctor sustained a minor arm injury.

The police statement went on: "The video circulating on social media shows edited footage of officers who attended but does not show the events which lead up to his restraint.

"The full body-worn video of the response shows the man attack the officers with his walking sticks, injuring three of them.

"The man was arrested on suspicion of assault and taken into custody. He was medically examined while in custody and he had not received any injuries. He is currently receiving treatment in a mental health facility.”

The video shows a male officer with an object in his right hand which appears to be Pava incapacitant spray. It is discharged into the room as his hand comes down on the man.

The footage, recorded by a third party, is cut short when another male officer turns and closes the door on the camera.

It drew some criticism of the force’s tactics on social media.

The force confirmed incapacitant spray was used and said a full review would determine whether the use of force was proportionate.

Head of professional standards at West Midlands Police, Chief Superintendent Chris Todd, said: "We do not underestimate the impact this video has on the public's confidence in policing.

"On first view, the video is really shocking and we need to understand the full context of what the officers were facing."