The knife crime crisis is real 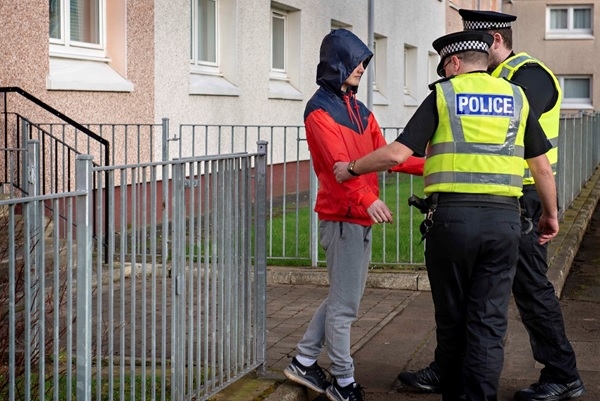 Three recent events have confirmed the seriousness of the recent rise in knife crime.

The first was the tragic fatal stabbing of 17 year old Jodie Chesney, a young woman with no gang affiliations who was doing nothing more than playing music with her friends in a park in Harold Hill on the London/Essex borders.

The second was the announcement by the Chancellor of the Exchequer, Philip Hammond, in his Spring Statements on Tuesday that he was making an extra £700 million available for seven police forces with the highest levels of knife crime to tackle the problem.

The third was the publication on Thursday of the quarterly Knife and Offensive Weapon Sentencing Statistics for England and Wales covering 2018.

This statistical bulletin reported that last year there were 21,484 knife and offensive weapon offences formally dealt with by the criminal justice system – the highest number of offences since 2009.

Alongside the obviously worrying fact that the number of offences keeps rising, I was equally shocked to see just how ineffective tougher sentencing has been. Last year 37 per cent of these offences resulted in immediate custody, almost double the proportion (20 per cent) of a decade earlier. The average length of these custodial sentences has also increased over the same period, from 5.3 months 2008 to 8.1 months in 2018. It is quite clear that we can’t punish our way out of this crisis.

Nevertheless, this is exactly what the government appears to be trying to do. The Offensive Weapons Bill is currently making its way through Parliament even though a consensus of criminal justice experts have assessed its main proposed measures as likely to be counter-productive. Here are the main objections put forward by the Standing Committee for Youth Justice and the Prison Reform Trust, arguing that the measures in the Bill will be ineffective because:

The two organisations are also extremely concerned about the government’s proposals for a knife crime prevention order, “which can be imposed on the balance of probability and are highly likely to be net-widening, labelling, disproportionately impact BAME communities, and impose more criminal sanctions on vulnerable children and young people.”

Although policing is, of course, part of the solution; it seems unlikely that the police on their own will be able to tackle the problem. Taking knives off the streets obviously helps but the counter-productive effects of excessive Stop and Search are well known.

Experts in Glasgow and elsewhere advocate a holistic approach, reframing our understanding of violence recognising that it is at least as much a public health issue as a crime problem. The value of conceiving violence as a disease that can be caught and transmitted is that it can also be diagnosed and treated.

It is clear that young people are much more affected by knife crime than any other generation in society and any response which does not prioritise their views and listen to their understanding and experiences in relation to knives and other weapons is doomed to fail.

The Chancellor’s £100 million is earmarked for those seven police services to establish knife crime response units; it’s to be hoped that most areas seek to establish a multidisciplinary approach which involves the active participation of local young people.

We will keep you up with developments on workwithoffenders.