Time for jail terms up to a year to be scrapped, say MPs 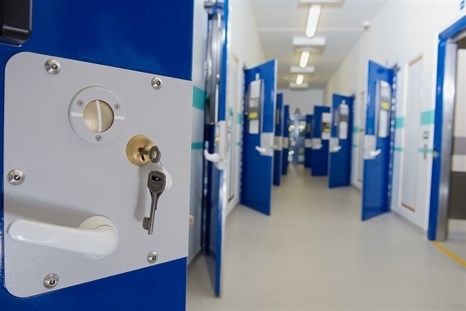 Up to 50,000 offenders 'spared prison' as Commons report warns of enduring crisis in penal system

Ministers should consider abolishing jail sentences of under a year to help ease the "enduring" safety crisis sweeping through the prison system with assaults and self-harm at record levels, MPs have urged.

Justice Secretary David Gauke is already looking at the possibility of scrapping prison terms of six months or less, with exceptions made for violent and sexual offences.

The move – which could see up to 50,000 offenders spared a spell behind bars – is backed in a new report from the Justice Select Committee.

It said: "The scale of the prison population crisis is such that it requires a fresh and decisive response."

The committee suggested the approach could go further, urging the Government to "model" the effects of abolishing sentences of less than 12 months in England and Wales.

Plans are already in place to introduce a "presumption" against custodial terms of under a year in Scotland.

Mr Gauke signalled a departure from the Tory "prison works" mantra as he revealed his vision for "smart justice" earlier this year.

Short custodial terms would be replaced by "robust" community orders under the blueprint.

The committee warned the safety crisis was a "grave and worsening" situation, which was unlikely to improve with the current prison population.

It said: "We are now in the depths of an enduring crisis in prison safety and decency that has lasted five years and is taking significant additional investment to rectify, further diverting funds from essential rehabilitative initiatives that could stem or reverse the predicted growth."

Over the past 25 years, the prison population in England and Wales has almost doubled in size, the report said.

The nature of the prison population is rapidly changing, with a higher proportion of offenders behind bars for serious violent or sexual crimes and an increase in the average age of inmates, according to the committee.

It called for a focus on services to reduce the £15 billion annual cost of re-offending, and suggested ministers should consider whether judges could be given a role in monitoring those they sentence to community punishments.

The assessment also raised concerns that support given to 10 jails chosen for a £10 million safety drive could be at the expense of others in "serious need".

Prisons Minister Rory Stewart, who said the report "sets out the scale and complexity of the challenges facing the prisons system", has pledged to resign if the scheme fails to achieve a reduction in violence and drugs at the selected establishments.

"That is why we are investing significantly in improving conditions and security, and developing a long-term strategy to deliver prison places and reduce violence."

Welcoming the committee's support for "our ongoing work considering options for sentencing reform", Mr Stewart said: "While prison will always be the only place for serious and violent offenders, there is persuasive evidence showing community sentences are often more effective in reducing re-offending than short spells behind bars."

Conservative MP Bob Neill, who chairs the committee, accused the Ministry of Justice and Treasury of taking a "crisis management approach" to prisons.

He added: "Throwing money at the prison system to tackle multiple issues takes funding away from external rehabilitative programmes that could stem or reverse many of the problems."