We have to rethink the way we use prisons 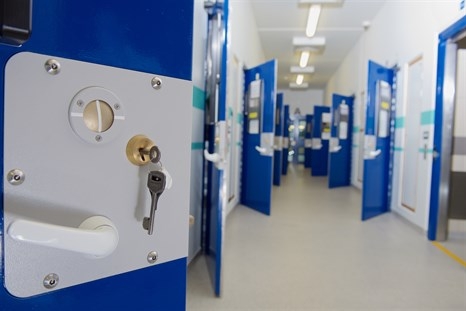 The House of Common Justice Select Committee has just published a hard-hitting report urging the government to overhaul its prisons and probation strategies.

Although the report, “Prison population 2022: planning for the future” is supposedly focused on ensuring that we have enough prison capacity over the next three years, its conclusions and recommendations go much further than this limited remit.

Over recent years, the committee has been chaired by Conservative MP Bob Neill (the Member for Bromley and Chislehurst) who is widely respected by politicians of all parties for his willingness to ensure that the Committee produces rigorous reports. While not afraid to be critical of government policy, the committee also strives to make constructive and politically viable recommendations.

Over the past 25 years, the prison population has grown significantly from 44,246 in 1993 to 82,384 as at December 2018. Capacity has not kept pace with demand and many prisons are now deemed to be overcrowded. Whilst the number of people in prison has remained roughly stable since 2012, the amount spent on prisons has fallen in recent years.

The Ministry of Justice currently has a gap in its finances across 2018–19 and 2019–20 of £1.2 billion which equates to a reduction in the prison population of roughly 20,000 prisoners.

The rise in the prison population has resulted from a greater proportion of those convicted being given a custodial sentence and custodial sentences becoming longer. This has been driven by a complex set of factors. The most significant explanation has been legislative factors created by a series of political and policy choices by successive Governments and parliaments.

The committee recommends that when changes to sentencing legislation are being debated in parliament (ministers’ first reaction to concern about any form of crime tends to be to increase sentencing powers and extend maximum periods of imprisonment), MPs are informed of the likely impact on any changes on the current over-stretched prison system.

The nature of the prison population is rapidly changing. A higher proportion of offenders are in prison for serious violent or sexual offences.

The average age of the prison population is also rising. Many prisoners have mental health problems, making it difficult for them to navigate the criminal justice system, and levels of literacy are often low. All these factors and others make managing the current cohort of prisoners extremely challenging.

The committee’s report argues that continuing to plough funding into building prisons to accommodate prison projections is not a sustainable approach in the medium or long-term. It says there must be a focus on investing in services to reduce the £15 billion annual cost of reoffending and prevent offenders from continually returning to prison, thereby reducing the size of the prison population.

The committee is also strongly critical of the current situation in our prisons which it describes as “an enduring crisis in prison safety and decency” that has lasted five years and is taking significant additional investment to rectify, further diverting funds from essential rehabilitative initiatives that could stem or reverse the predicted growth. The committee argues that there is a grave risk that we become locked in a vicious cycle of prisons perpetually absorbing huge amounts of criminal-justice related spending, creating a perverse situation in which there is likely to be more “demand” for prison by sentencers in areas where they have less access to effective community alternatives.

While the committee says the MoJ has been right to try to restore safety and decent living conditions in prison, it notes that this has come “directly at the expense of rehabilitation and purposeful activity”.

It urges the MoJ to refocus its efforts to maintain a dual approach to maintain safety and decency, as well as improve rehabilitation, noting that regime restrictions related to staffing shortages and other disruptions severely undermine the delivery of rehabilitative services including education, mental health treatment, substance misuse treatment and offending behaviour programmes.

The committee concludes that this results in immeasurable wasted costs and does not represent an efficient or effective use of funds. The nature of regimes and restricted access to rehabilitative activities has a cyclical impact on the degradation of regimes and safety, owing to the boredom and frustration of prisoners enduring impoverished regimes, which can in turn lead to violence and self-harm.

In other words, it is not possible to restore safety and decency without investing in rehabilitation and ensuring that prisoners are out of their cells, working and learning, tackling their problems and planning for their release.

The Justice Committee argues that we have to rethink the way that we use prisons in this country, noting that while we have one of the biggest rates of incarceration in the Western world, we also have one of the highest rates of reoffending. The committee questions why we send so many people to prison with such little effect.

The committee raises a number of issues including the overrepresentation of black prisoners and the ongoing scandal of IPP prisoners (those sentenced to indeterminate prison sentences via legislation abolished seven years ago) almost all of whom have served many years past their tariff and yet remain incarcerated.

However, the committee’s headline recommendation is that one of the most effective ways of reducing the prison population is to abolish short, ineffective prison sentences.

It urges the Ministry of Justice to press on with its promised intent to do away with prison sentences of six months or less and encourages the Ministry to model the effects of abolishing sentences of 12 months or less. The committee says that the government must invest properly in probation services so that those diverted from prison receive rigorous supervision and support in the community as an alternative.

We must wait and see how the Ministry of Justice responds to this call to rebalance the prison and probation systems with more offenders being actively rehabilitated.