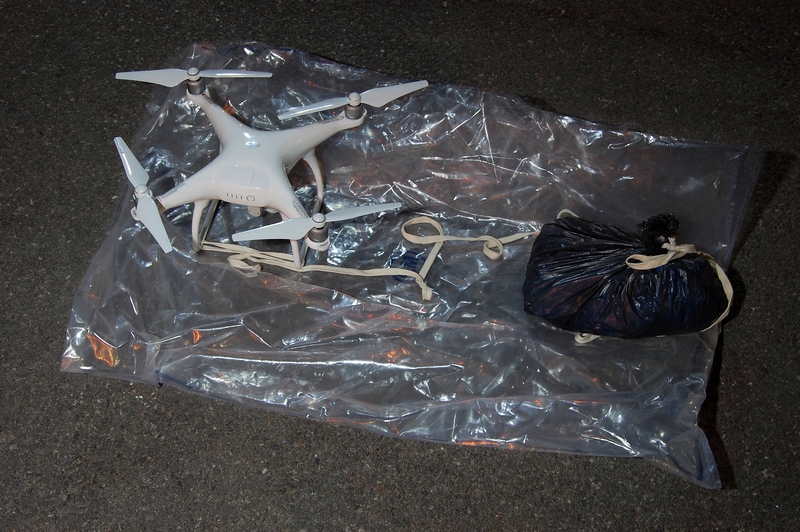 Yesterday, the Prisons Minister Lucy Frazer announced a new digital forensics unit and expanded digital investigations team designed to “crack down” on the criminal activity which takes place in our prisons via smuggled mobile phones.

The MoJ says it is finding more phones but says that’s because they have improved security and are detecting more. The Department says there is increasing evidence that prisons are using advanced technology, encrypting their messages and accessing the dark web from within prison walls.

The purpose of new resources is to identify perpetrators more quickly and produce better digital evidence in order to be able to bring successful prosecutions in court.

As far as I can tell, the MoJ has stopped publishing information about the number of mobile devices and SIM cards seized in prison each year. The press release accompanying this announcement says that more than 20,000 are found every year. This certainly seemed like a big increase since the official figure for 2013 was 7,451.

But why are there so many mobile phones in prison? This is a question that Her Majesty’s Prison and Probation Service has, of course, been trying to answer itself. Last year it published its own lengthy research into the demand for and use of illicit phones in prison.

The researchers, Anna Ellison, Martin Coates, Sarah Pike, Wendy Smith-Yau and Robin Moore, explored the use of smuggled mobile phones in prison in considerable detail, contrasting the views of prison staff and prisoners themselves on why and how prisoners increasingly use mobiles inside.

The scale and type of mobile phone use

Heads of Security at different prisons told the researchers that mobile phones had become a feature of prison life across the estate, with the exception of women’s prisons and those housing juveniles. Mobile phones were seen by both security staff and prisoners themselves as a major component of the illicit prison economy, with mobile phones acting as a key facilitator of drug dealing and use within establishments.

A range and variety of phones were being used within establishments, with the smaller, easier-to-conceal phones being the most sought after models. Smart phones with greater functionality were seen by prisoners as posing greater risk of detection and confiscation, and so were less popular. Prices of such phones had been falling as a result.

Why do prisoners use illicit mobile phones?

Heads of Security reported that illicit mobile phone use was associated with serious organised criminals, those continuing to run criminal business from within the prison and dominant individuals in the landing hierarchy, including gang members. They also saw mobile phones as posing a threat to the good order of the prison, not only in supporting criminal activity and creating instability but also in exposing vulnerable individuals and their families to bullying, exploitation and extortion and providing a stimulus to the culture of violence.

Prisoners took a more nuanced view. They concurred that the most visible phones were held by individuals with status within the landing hierarchy, often also associated with drug dealing within prisons which they also saw as a driver of instability and the culture of violence. They agreed also that the trafficking of drugs and mobile phones exacerbated the vulnerability of weaker prisoners, who could be required to act as stewards for mobile phones controlled by more powerful prisoners.

However, they pointed also to mobile phones being more widely used by lower profile prisoners, and concealed from fellow prisoners as well as security staff, and being used for communicating with partners and family. Prisoners saw mobile phones as critical to maintaining and sustaining relationships and facilitating their active participation in family life/relationships. This was particularly key for parents, with mobile phones seen as supporting their ability to continue to ‘parent’ from the inside.

Prisoners took the view that, given the limitations of the legitimate phone system and the tension and violence associated with disputes around access to it, the presence of mobile phones in prisons also worked to moderate the potential for violent confrontation between prisoners. They also felt that the normalised communications with loved ones enabled by mobile phones reduced the tendency for frustration around the barriers to communications with family to become translated into generalised aggression and violence.

For younger prisoners, particularly those in Young Offender Institution (YOIs), mobile phones and ‘phone sex’ was seen as a means of both maintaining relationships with (and, in some cases, control over) girlfriends.

Time spent on mobile phones especially when interacting with girlfriends was also seen as a way to release aggression, an escape from the tyranny of the relentlessly testosterone-driven landing environment – and simply a source of entertainment and an antidote to boredom.

How should we tackle mobile phones in prison?

One school of thought which the researchers found was shared by both some Heads of Security and many prisoners, centred on tackling mobile phones by making it much easier for prisoners to have access to legal phones.  Many feel strongly that in-cell phones (available in several of our more modern prisons) would lead to greatly reduced demand for mobile phones and enable prison security to focus on the highest risk and most egregious cases.

The researchers helpfully summarised many of their findings in this graphic which presents a typology of mobile phone users in prison.