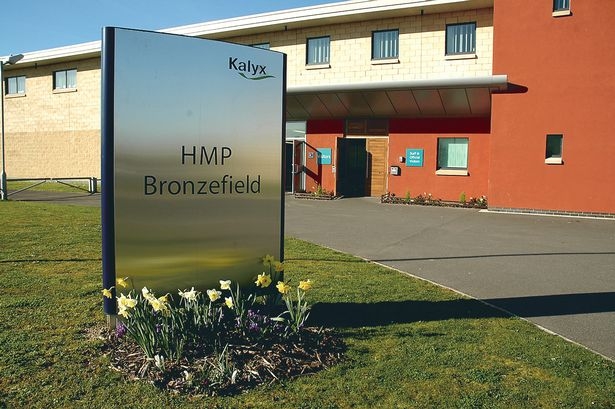 In their 2018-19 annual report published today, independent monitors at Bronzefield prison find that prisoners are treated fairly and with respect and that the quality of relationships between staff and the prisoners is high.

The Board has particularly welcomed  the introduction of the key worker scheme and the development of a high quality programme for those with special educational needs.

The prison was opened in 2004 and is operated by Sodexo Justice Services. The prison has been in the news recently after the tragic death of a newborn baby who died when the mother gave birth alone in her cell (an event which took place after the period covered by this report).

Every prison has an Independent Monitoring Board (IMB) made up of a group of ordinary members of the public who are unpaid but make an average of 3 to 4 visits every month. Their role is to monitor the day-to-day life in their local prison and ensure that proper standards of care  and decency are maintained. Members have unrestricted access throughout the prison at any time and can talk to any prisoner they wish to, out of sight and hearing of a member of staff if necessary.

Although the IMB for Bronzefield was complimentary about the key prisoner–staff relationships, it was extremely critical about what happens when prisoners are released. Their report says that the rehabilitation of prisoners and preparation for release is undermined by a combination of a high churn rate of prisoners and an appalling lack of suitable accommodation post-release.

At any one time approximately one third of the prisoners will spend three weeks or less at Bronzefield: sufficient time to have a powerful negative effect on families, housing and employment, but not for any meaningful rehabilitation.

There has been a significant increase in the number of short-term prisoners since the implementation of the Offender Rehabilitation Act 2014 which meant that all short-term prisoners (those serving less than 12 months) were subject to statutory supervision by the probation service.

The number of recalls for breach of licence has increased from 15 in 2015 (prior to the implementation of the Act) to 555 in 2018/19. The IMB found that there is simply insufficient time to find and arrange accommodation for such a large volume of short-term prisoners.

The IMB was so concerned that it undertook a survey of 116 prisoners released from Bronzefield in the three-month period of May to July this year. A total of 116 sentenced prisoners were selected randomly and interviewed at, or within a few days prior to, their release. Fourteen were subject to deportation or were leaving the UK. Of the remaining 102, 64 (62%) said that they would be homeless on release.

The IMB also highlights the high number of prisoners with complex needs and mental health issues together with many prisoners requiring detoxification as a result of substance abuse. The report notes that there has been a disturbing rise in levels of self-harm and the IMB highlights its “grave concern” at the length of time it takes to transfer prisoners with severe mental illness to secure in-patient mental health facilities when required. It considers their prolonged detention in normal prison conditions to be inhumane.

Alison Keightley, the Chair of the IMB at Bronzefield summarised the report:

“All levels of staff at Bronzefield  succeed in providing an appropriately fair and respectful environment for what is a very mixed and complex prison population. Effective rehabilitation and resettlement continues to be undermined by external factors: short sentences, frequent recalls to prison under the provisions of the Offender Rehabilitation Act and the desperate shortage of suitable housing in London and the South East”.