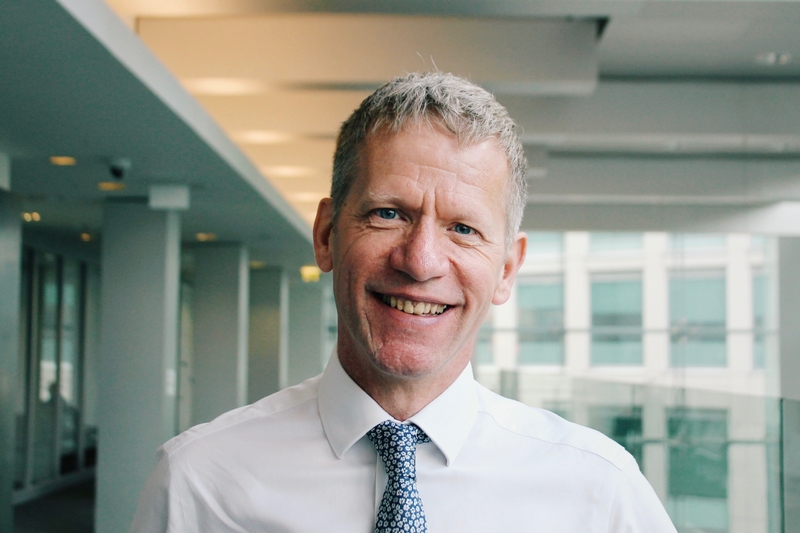 In an interview with Work with Offenders the Chief Inspector of Probation has warned that teams working with young offenders need more resources to tackle issues like homelessness and county lines gangs.

In an exclusive interview, Chief Inspector of Probation Justin Russell told Working with Offenders that politicians pledging to toughen prison sentencing would need to put more money into the over-stretched teams working with youths who have yet to become hardened criminals.

Mr Russell said: “If you’re going to make sentencing more robust, you need to back that up with more resources.”

His comments were made as a think tank released a report revealing that conditions in youth prisons have worsened since 2009 and re-offending rates for young people have increased.

Crest Advisory found 71.5% of children given short custodial sentences reoffended within a year and called for a ban on prison terms of less than six months for children.

The group concluded the tariffs broke links with families, schools and any support services that could be effective and were also too short for any specialists in the prison service to address the child’s problems.

The children’s commissioner for England, Anne Longfield, responded to the report saying the current system was failing children.

Mr Russell said focused work to ensure vulnerable young people had access to safe, stable housing and education would have a significant impact on re-offending rates.

One significant change would be for the members of Youth Offending Boards to work harder at senior level with other agencies to get education or training for the children in their care.

His comments followed a report into Leeds Youth Justice Service which found excellent working with police partners but a lack of support by its board.

He told Working With Offenders: “There are 50% of children being sentenced who aren’t getting their statutory entitlement to education and training. We didn’t feel the board was advocating for them – that’s very common. The issue of peer groups and daytime activity is vital to avoiding reoffending.”

One of the factors in the rise of children offending has been the issue of off-rolling where schools exclude children – particularly those with special needs – in order to protect exam results. This has pushed a significant number of children out of mainstream education.

The lack of local accountability means only the Department for Education is able to step in and it is only recently - and reluctantly – begun to address the issue with a report by former minister Edward Timpson into school exclusions that was published in May this year.

The Chief Inspector revealed how some officers have resorted to taking on responsibility for education after failing to find school places.

He said: “Some youth offending teams are educating the kids themselves. Essex Youth Offending Service’s team are using trained teachers to take on some of the kids because they can’t get provision.

“We’re talking about intensive supervision – 25 hours of support – mostly high-end, complex kids. They can’t get the kids into mainstream education.”

He argued that boards could start to tackle the problem by taking a stronger line when working with other local agencies.

Mr Russell said: “It’s not really a money issue. It’s more about their focus on quality and quality assurance: getting the management boards working on advocating for the kids so they get their services.”

He also raised the long-standing issue of casework for people working with offenders. It’s an issue that pre-dates the austerity era but a decade of spending cuts has added to pressures. He argued budget cuts are a false economy as funding limits also impact on outcomes.

“One in five have a caseload of 70: that isn’t manageable if you’re going to do something meaningful in terms of training them,” he said.

An alternative to prison has been out-of-court disposals which use youth cautions and community resolution so that vulnerable young people are not pulled into the prison system which then leads to further  offending.

But Mr Russell said the national guidance is not being applied consistently leading to poor outcomes for both offenders and their victims.

He said: “Look at the national guidance on these types of cases. There’s a postcode lottery in terms of how they handle them. Some areas are being far too punitive while there seem to be others going in the opposite direction. There’s quite a lot of variation.

“Victims vary in how punitive they want to be. There are reasons why it’s accepted that we need to divert people and victims still need to be consulted.”

Also critical to reducing re-offending rates is ensuring young people have housing arranged before they leave custody so that they can begin to find work or start training. Councils now have a legal obligation under the Prevention of Homelessness Act but the duty has been under-funded and there is almost no accommodation available for single young people – and few private landlords would accept someone with a recent history of offending.

Mr Russell said: “The number of homeless offenders is under-represented. It’s clearly a local authority issue. In practice what that means someone being responsible and finding accommodation. Mostly, it’s an agency worker sitting with someone late into the night looking for a place.”

The result is usually bed and breakfast accommodation with share facilities that are used by older people who have substance abuse issues or are also offenders. This adds to the increased likelihood of harm or re-offending.

He said: “People have to have somewhere to live. It’s something that’s not always possible because of their circumstances or if they don’t have family. When you’ve got suitable accommodation you can apply for work or benefits or register with a GP. Young people are being rushed from custody, looked after children are being shifted around.”

Adding to the housing problem has been the need to move children who have been victims of county lines gangs.  A critical issue has been finding places of safety for the children and ensuring placements arranged by social services teams don’t break down.

Mr Russell said current working was not satisfactory and warned children in their late teens are simply being handed over to adult probation when they turn 18 with disastrous consequences.

He said: “Many of those kids will transition into adult probation and that isn’t being carefully managed. They’re going into adult probation without proper preparation. It just doesn’t in the end work when it’s someone who has a history of problems, is very vulnerable and has complex needs.”