What’s in store for the criminal justice system? 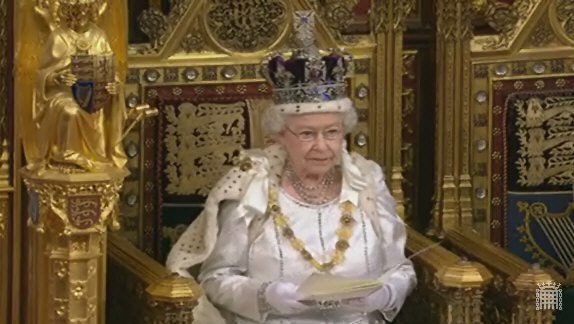 Work with offenders unpicks the detail of the Queen’s speech.

Ever since Boris Johnson became Prime Minister in July, there has been renewed focus on crime as a political issue. With crime rates on a long downward trend, criminal justice have been much less of a factor at the last two general elections.

However, the Conservatives paid plenty of attention to it during the recent campaign with a series of pledges around the twin themes of “cracking down on crime and criminals” and investing more in our criminal justice system.

It is clear from yesterday’s Queen’s Speech that this was not empty rhetoric. The section on “Strengthening the justice system” in the Government’s briefing on the Speech was actually longer than the section on Brexit.

In this article, we look at three of the proposed new bills in more detail.

This Bill, which was trailed heavily in the election campaign, has two main purposes: making the most serious violent and sexual offenders spend more of their sentence in prison and tackling prolific offenders by making community sentences more “robust”.

We already know the detail of the first part of this Bill which intends to change the automatic release point from halfway to the two thirds point for adult offenders sentenced for very serious violent or sexual offences.

As yet, there are no details on how the government intends to make community sentences tougher other than that there will be longer curfews and more hours of unpaid work. Under the current probation system with private Community Rehabilitation Companies in charge of delivering unpaid work, there has been a big increase in the number of orders discharged by the courts because the CRCs were unable to organise sufficient placements for offenders to complete their hours within the one-year prescribed period.

Although the probation system is being redesigned again, unpaid work is still being outsourced and the government will need to ensure sufficient resources (as well as selecting the best providers) to ensure that this doesn’t become a bigger problem if offenders are going to be made to do more hours.

This Bill is as technical in nature as its name suggests. However, it’s an important Bill which aims to try to rationalise our current criminal legislation which has grown into a complex and sometimes contradictory body of laws.

Recent analysis has found that many of the cases which go to the Court of Appeal involve unlawful sentences. Although this Bill will not introduce any new laws, it will allow judges to apply a future Sentencing Code to all sentencing decisions.

The Bill is, essentially, a first step intended to pave the way for the Law Commission’s Sentencing Code which should make the sentencing process much clearer and, it is hoped, more transparent and efficient.

This Bill was already going through Parliament but was derailed when the general election was called; it will now start its journey into legislation again. The Bill acknowledges that current domestic abuse legislation is not effective in protecting victims and their children. The main elements of the Bill are:

Creating a statutory definition of domestic abuse, emphasising that domestic abuse is not just physical or sexual violence, but can also involve emotional, coercive or controlling, and economic abuse.

Placing a duty on tier one local authorities in England (County Councils, Metropolitan and Unitary Authorities, the Greater London Authority) to provide support to victims of domestic abuse and their children in refuges and other safe accommodation.

Creating a statutory presumption that victims of domestic abuse are eligible for special measures in the criminal courts (for example, to enable them to give evidence via a video link).

The Bill will also prevent perpetrators of abuse from cross-examining their victims in person in the family courts and pilot integrated domestic abuse courts to see if they are a more effective way of tackling this issue.

Another key component of the Queen’s Speech was the commitment to establish a Royal Commission to “review and improve the efficiency and effectiveness of the criminal justice process”.

This is a major development – the last Royal Commission on the justice system was the Runciman review back in 1993. We don’t have any details about this new Royal Commission yet, the Government will need to publish terms of reference sometime in the New Year, so it is not yet fully clear if there is a specific political agenda driving the review or just an acknowledgement that the current system has become increasingly inefficient.