Why do we still subject our child prisoners to solitary confinement? 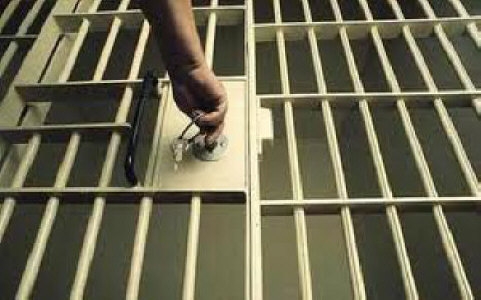 Many children separated from their peers in young offender institutions (YOIs) are effectively held in harmful solitary confinement, with little human contact and in conditions which risk damaging their mental health, according to a report published on 21 January 2020.

Prison inspectors found fundamental flaws in the use of “separation” in the five YOIs in England and Wales.

Prison Service rules allow managers in YOIs to separate children from their peers as a method of maintaining good order and discipline, or for their own best interests. This separation can take place in a designated separate segregation unit, on a specialist residential unit or on normal location.

He called for an “entirely new approach” to separation.

In this thematic report on separation, Mr Clarke acknowledged that there is sometimes a need for separation:

“We understand that there are occasions when it is in a child’s best interests to be separated from others either because they pose a risk to their peers or need protecting from them,” Mr Clarke said. “In these cases, we expect managers to place separated children in a unit where they can gain access to the equivalent daily activity, including education, as the children they are separated from. We also expect staff to work with children to address the reasons for their separation and plan for their return to a normal regime.”

The findings from a total of 85 interviews with separated children and the staff responsible for their care, and detailed analysis of the cases of 57 separated children, were “a cause for significant concern.”

There were dramatic variations in children’s experience of separation across the five YOIs, which was “inexplicable” in a small custodial estate holding just over 600 children. Around one in ten were found to be separated.

Mr Clarke said: “The regime offered to most separated children was inadequate. While it tended to be better on designated segregation units, nearly all separated children spent long periods of time in their cell without any meaningful human interaction. We found children who were unable to access the very basics of everyday life, including a daily shower and telephone call. In the worst cases children left their cells for just 15 minutes a day.” Separation in cells on normal residential units was “particularly grim.”

Inspectors identified significant failures of oversight both locally and nationally. “The current system of daily checks by managers, nurses and chaplains gave an illusion of oversight. However, these checks were cursory, often took place though a locked door and sometimes did not happen at all.”

The report noted some areas of better practice, particularly at HMYOI Parc in South Wales, but generally identified “multiple and widespread failings” including those listed below:

At the time of the inspection fieldwork, in May and June 2019, eight separated children were waiting to transfer to a secure hospital to be treated for mental health conditions. These children had spent a combined total of 373 days subject to separation. They could not access a therapeutic regime that met their health care needs.
Inspectors found children isolated in unfurnished accommodation solely because they had self-harmed and were passively non-compliant with staff, so were subsequently restrained. This was contrary to HMPPS rules.

At Feltham A, one child was on a constant watch, which meant he was always in the direct sight of an officer. This child, who was in crisis, was left to lie on a mattress on the floor of a filthy cell for more than 22 hours a day with no meaningful contact.

Several children described sleeping most of the day when separated and then staying awake at night. “None of this promoted good mental or physical well-being and was not being addressed by staff or managers,” the report noted. One 16-year-old commented: “We try to just ride it out together by talking through our doors and playing I-spy. It makes the time pass, especially at night time. I have a behaviour target to stop shouting through my door to the other boys on the unit, which I think is really unfair ‘cause it is literally my only chance to chat to anyone. We’re not arguing or anything, we’re just chatting, having a joke and checking up on each other.”

Some children who had not been involved in any poor behaviour or who did not pose a risk to others, but simply felt unsafe and were reluctant to leave their cells, experienced what amounted to solitary confinement.

The use of unfurnished “special” accommodation was very high at Feltham A, though it was rarely used elsewhere.

Between 1 May 2018 and 30 April 2019, local managers had asked the Prison Group Director (PGD) for 21-day authorisations on 346 occasions. This figure includes children who needed further authorisations at 42, 63 and 84 days. The only YOI not to have requested authorisation to separate a child for longer than 21 days was Parc. None of the 346 requests had been rejected.

In 2017, the Prison Service was found to be in breach of its own rules regarding separation of children in a court judgment involving a child who spent more than 100 days separated from his peers and who was deprived of adequate education. As a consequence, Her Majesty’s Prison and Probation Service instituted a range of new procedures to safeguard separated children.

The Chief Inspector was particularly frustrated to find that these new arrangements were widely disregarded and called for a totally new approach to separation in YOIs.