What do we know about murder? 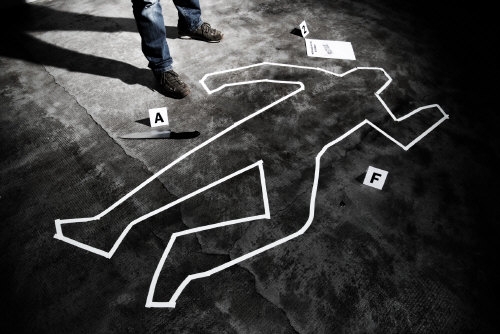 Earlier this month, the Home Office published a fascinating 80 page research report entitled “The trends and drivers of homicide”. In this article, we share some of the main findings.

The Home Office is keen to put our murder rate in some sort of context. The best estimate is that the rate of homicide in England fell from an average rate of 240 per million inhabitants in the 14th century to a rate of about 10 per million at the start of the 20th century. Since then, there have been important fluctuations, including a sustained rise starting in the 1960s and peaking in the early 2000’s. However, even in the very worst year, the homicide rate never got above 20 per million inhabitants. We are certainly much safer today than our ancestors were in the Middle Ages.

Interestingly, from 1901 until about 1970, the number of men and women who were murdered was very similar. Over the last 50 years, the proportion of women murdered has trended consistently downwards while the number of men who were victims of homicide surged markedly up to the early 2000’s, when it dropped for 10 years before recently increasing again.

The Home Office also shares information about the gender of those suspected of committing homicide. 81% of all homicides in the last 40 years had male principal suspects – this rises to 87% of cases in which cases in which no primary suspect was identified are excluded.

London has a higher homicide rate than the rest of the country, although this gap has generally narrowed over the last 40 years before reopening again since March 2016.

For the last 10 years, it has also been possible to classify homicides into the (not mutually exclusive) categories of drug-related and alcohol-related. Drug-related cases have been an important factor in driving the recent increase in the murder rate; drug-related homicides increased by 47% between March 2015 and March 2018.

The drivers of homicide

It’s unsurprising to find that there is a long established correlation between homicide and alcohol consumption although it’s not clear to what extent this is a causal relationship.

There’s also good evidence that illicit drug markets can drive serious violence. The main reason seems to be disputes where individuals and gangs resort to violence (often with the intention of establishing a reputation for violence) to avoid being taken advantage of in the market.

The Home Office report concludes that the effectiveness of the criminal justice system in arresting and convicting murderers doesn’t seem to have any impact on the murder rate. The proportion of cleared homicides in England in their Wales has varied very little through the sharp swings in the homicide trend over the last 20 years.

The research also pays considerable attention to the homicide rates in different countries. Again unsurprisingly, it finds that the availability of guns does appear to be a factor in explaining different murder rates between nations. In the year ending March 2018, just 4% of homicides in England and Wales were by shooting. This figure is not only markedly lower than for the US (73%), but is also lower than most European countries including, for example, Sweden (27%) and the Netherlands (28%).

The purpose of this Home Office report was to understand what the evidence can tell us about the best responses to reducing the number of homicides. The report’s primary conclusion is that: “Enforcement effectiveness would be amplified by more systematic, data-driven understanding of the nexus of gangs, organised crime groups, drug markets and serious violence.”

The Home Office also recommends policies which seek to reduce levels of hazardous drinking; reinforce anti-violent norms; and seek to legitimise the rule of law in areas in markets where it is currently rejected as effective approaches to reducing our homicide rate.