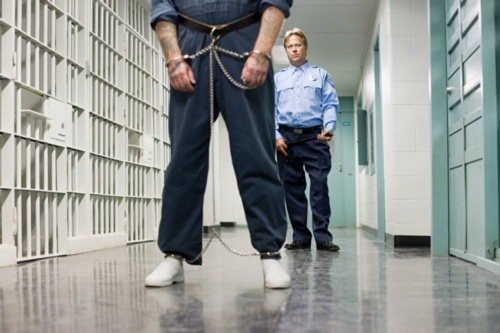 This year’s edition of Global Prison Trends, published by Penal Reform International (PRI), has been released at a crucial time as prisons worldwide are being pushed to breaking point by the COVID-19 pandemic. Global Prison Trends 2020 documents the chronic issues that have led to this human rights and public health crisis and the challenges facing criminal justice systems in responding to the global pandemic.

The overcrowding and underfunding of prisons, alongside the overuse of imprisonment, has resulted in poor health services and sanitary conditions for prisoners that make people in prison and prison staff acutely vulnerable to COVID-19.

The special focus of Global Prison Trends 2020 identifies the solution presented by increasing the use of alternatives to imprisonment and the challenges governments may face in implementing this. PRI advocates for an increase in the use of alternatives to detention as a solution to the global prison crisis and in the long-term to reduce reoffending rates, better protect human rights and tackle overcrowding.

The report contains a number of key messages, some of which are highlighted below.

There are a record number of people in prison

Over 11 million people are imprisoned globally, the highest number yet – the equivalent figure in 2002 was “just 8” million. Around 102 countries reported prison occupancy levels of over 110 per cent. The magnitude of issues and associated human rights violations stemming from over-imprisonment became clear in efforts to prevent and contain outbreaks of COVID-19 in prisons.

Almost ten years since their adoption, the UN Bangkok Rules on women prisoners and non-custodial alternatives for women remain largely unimplemented. The global female prison population doubled in twenty years, yet justice systems and institutions remain largely designed for a homogeneous male population. As many as 19,000 children are living in prison with their mothers around the world.

Children are still imprisoned in many countries

While some countries have made strides towards child-specific justice legislation, child-friendly courts and specialised procedures, new data estimates that at least 410,000 children remain detained in remand centres and prisons every year, with an estimated one million children held every year in police custody.

Most people are in prison for non-violent offences

A large majority of people caught in criminal justice systems are arrested for, charged with or convicted of non-violent offences. For example, just 7% of the prison population are incarcerated for crimes of homicide while 20% are inside for drug-related offences and an incredible 83% of these for offences of possessing drugs or having them for personal use.

Violence in prisons is on the rise

High levels of prison overcrowding contribute to the increasing number of violent incidents in prisons globally, as does institutional impunity and a lack of transparency. In the past decade there has been an increase in the use of ‘special intervention forces’—riot squads or ‘emergency response teams’—being employed to respond to major incidents like riots.

Penal Reform International continues to shine a light on prison systems around the globe. While we may like to think that our own prison system is superior to those in many other, poorer companies, it is interesting to note that states such as Myanmar have decided to release 25,000 prisoners early to reduce the impact of coronavirus, whereas, in England and Wales, we have not yet succeeded in releasing even one percent of that figure.