How reforms and coronavirus will affect policing, courts and prisons 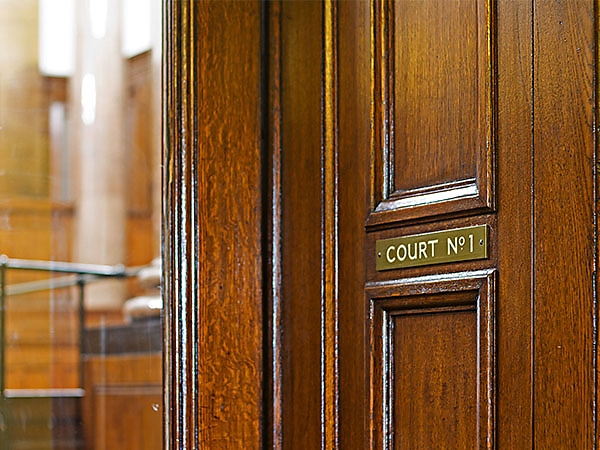 A new report from the Institute for Government says that the UK criminal justice system is facing unprecedented court case backlogs and record prisoner numbers.

These joint pressures will be the result of delays to court hearings caused by the coronavirus pandemic, and the government’s plan to recruit an extra 20,000 police officers leading to an increase in the number of people facing criminal charges.

Published in partnership with the Chartered Institute of Public Finance and Accountancy, this report calculates that the prison population could rise to up to 90,000 – its highest-ever level – and possibly over 95,000 by 2023/24.

The Institute for Government

The Institute for Government (IfG) is a leading think tank whose work is focused on making government more effective. The organisation will be no stranger to listeners of Radio 4’s Today programme and has a reputation for being politically neutral. It regularly tracks governments’ progress against their published goals and produces regular research reports and policy advice.

The impact of government policy on courts and prisons

The IfG argues that the government’s criminal justice reforms, most significantly the plan to increase the number of police officers by 20,000, will place substantial pressure on the rest of the criminal justice system.

The scale of the impact will depend on how this increase in police officers affects the number of cases charged by police. Over the last few years, the number of charges per officer has fallen. This fall has been attributed to an increase in the volume and complexity of digital evidence; an increase in the severity of crimes; a fall in the capacity of the Crown Prosecution Service, which makes charging decisions alongside the police; and an increase in ‘non-crime’ demands on police time, such as mental health incidents.

The report models three different scenarios for how police charging will evolve over the next few years, each of which has different implications for courts and prisons. In the worst case scenario, the number of cases received each year by the Crown Court would rise close to their highest level since the turn-of-the-century. In the same scenario, the prison population would increase to its highest ever level – reaching over 95,000 by 2023/24 – and well beyond planned prison capacity. The organisation also predicts that a higher proportion of prisoners would be serving short prison terms (less than 12 months) which has additional resource implications since prisoners require more supervision and support when they first enter prison. This high level of prisoner “churn” will also make consequential demands on the probation service with all prisoners serving sentences of two days or longer now subject to mandatory supervision for a minimum one-year period on release.

The impact of coronavirus

Of course, on top of existing government policies such as the 20,000 extra police officers pledge, the criminal justice system must now also handle the impact of coronavirus. It is already having an impact. The volume of recorded crime has fallen due to coronavirus and officers’ time has been partially diverted from investigating crimes to enforcing the government’s lockdown. The police workforce has also been diminished due to large numbers of officers taking sick leave or having to self-isolate. As a result, the number of crimes charged could fall substantially. But the ability of courts to hear cases is likely to fall even more dramatically as courtrooms are closed for all but a small number of priority cases, and jury trials have been suspended altogether.

Again the IfG has run a number of modelling scenarios to show how the criminal justice could be affected:

The scenarios show that coronavirus could create a major backlog of cases. If the shutdown of courts lasts for six months, the IfG’s central projection is that waiting times would increase by 60% in the crown court (from an average of 18 weeks to 29 weeks) and stay that long indefinitely without further action.

The report also looks at the implications for government spending and concludes the government will need to spend more on courts and prisons if it wishes to maintain their performance in the wake of the coronavirus crisis, and as the impact of policy changes such as additional police officers is felt.

It will also need to account for the impact of the decisions taken over the last 10 years, when spending on the police, criminal courts and prisons was cut faster than demand for any of these services fell. In the courts, an initial increase in backlogs and waiting times has been reversed in the last few years.

But in prisons, levels of violence, poor prisoner behaviour and self-harm have increased rapidly. This means that the criminal justice system is entering this next phase in a weak position – even maintaining existing service standards will be  difficult.

The IfG estimates that the government would need to devote an additional £372 million a year to the criminal courts and prisons by 2023/24 to avoid standards slipping (further). They also estimate the government will need to devote additional spending to the criminal courts for up to two years after the crisis in the range of £55m to £110m per year in order to clear the backlog and return waiting times to 2019/20 levels.

This chastening report shows that the consequences of coronavirus are likely to be very long lasting indeed.