Race and the criminal justice system 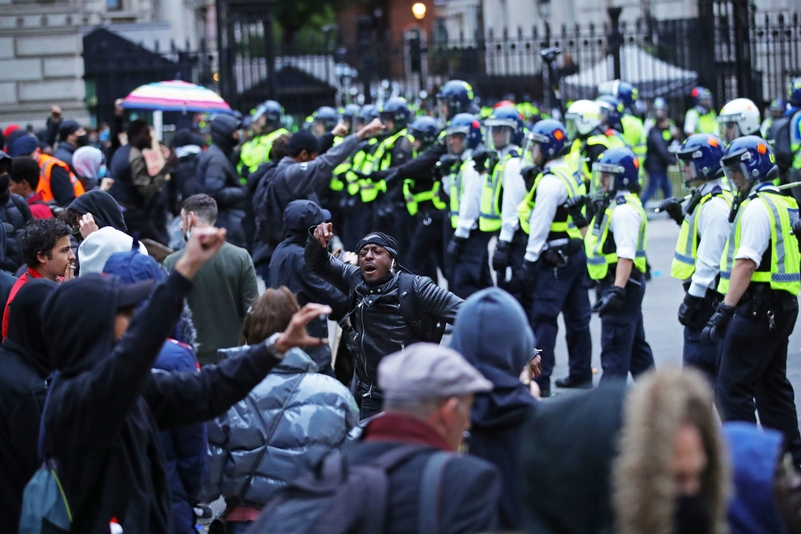 Work with Offenders looks at the latest facts and figures

In the wake of the George Floyd killing and the global Black Lives Matter protests against systemic racism in the criminal justice system, we thought readers would be interested in the latest facts and figures about racial disparity in the English and Welsh system.

Almost three years ago, in September 2017, David Lammy MP – now the shadow Justice Secretary – published his final report into racial disparity, commissioned by David Cameron when he was Prime Minster. The report “An independent review into the treatment of, and outcomes for Black, Asian, and Minority Ethnic individuals in the criminal justice system” is known as the Lammy Review.

It wasn’t a surprise that Lammy found racial disparity throughout the criminal justice system, but it was alarming that he found that in many areas this racial disparity was worsening. You can see some of his main findings in the infographic below:

Lammy made 35 recommendations with perhaps the most important being number 4:

“If CJS agencies cannot provide an evidence-based explanation for apparent disparities between ethnic groups then reforms should be introduced to address those disparities. This principle of ‘explain or reform’ should apply to every CJS institution”.

In other words, if the government cannot bring forward good reasons for racial difference at any point in the criminal justice system from arrest through to imprisonment, they should be actively reforming the system to improve equality.

The report has generated much work within the Ministry of Justice which has established a range of committees, policies and guidance. It has produced two formal reports on its work to implement Mr Lammy’s recommendations, the most recent in February this year. Although the documents are lengthy and complex and there has been much activity including new screening tools and campaigns to improve the diversity of key agencies such as the parole board, the Lammy update reports do not present evidence as to whether any of these reforms have reduced racial disparity.

David Lammy’s single most pressing concern when he published his report in 2017 was that the proportion of BAME young people in custody was continuing to grow. It is a matter of national shame that despite all the government’s activity and promises, things have continued to get worse.

Official government data shows that 57% of children in youth custody on remand in 2019 were from a BAME background despite the fact that only 18% of the general population aged between 10 and 17 years old are from non-white backgrounds. In just one year, the number of children and youth custody from a Black background increased by 6%. Black children now make up 28% of these custody population compared to 15% just 10 years ago.

It is one of the most perplexing and worrying issues facing both British and American societies that after decades in which racial discrimination appeared to be slowly reducing, systemic and institutional racism in our criminal justice systems appears to be getting steadily worse.