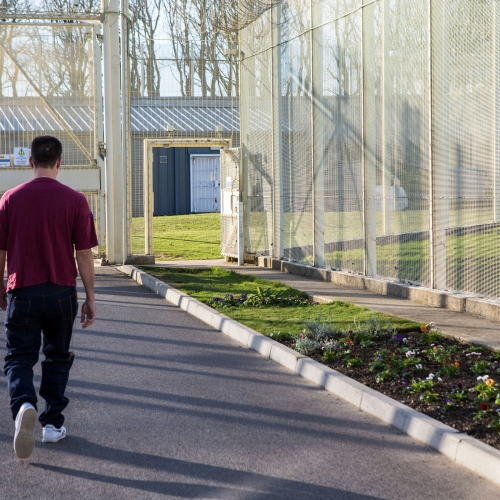 This is the fifth in our occasional series on key independent organisations operating within the criminal justice sector.

Clinks (not to be confused with the prison restaurant charity, The Clink) was formed in 1998, originally to co-ordinate the work of the voluntary sector in five London prisons, with a particular focus on ensuring that every prison had a centre for the families and children visiting their loved ones.

Over the last 20 years, Clinks had evolved to become the principal umbrella body supporting voluntary organisations in the criminal justice system in England and Wales. Clinks supports, promotes and represents the voluntary sector working with people in the criminal justice system and their families - currently that’s over 1,700 voluntary organisations working in England and Wales. The organisation has more than 500 members, which range from large organisations through to unstaffed community groups, all of which work in prisons and the community in a variety of ways to help people turn their lives around and also offer support to their families.

Clinks has around 30 members of staff and is seen by many as the bridge between the government (Ministry of Justice) and government bodies (Her Majesty’s Prison and Probation Service, the Youth Justice Board) and the voluntary sector.

A significant part of its activities are related to this bridging role. Clinks operates a number of ongoing forums and runs specific consultation exercises designed to influence criminal justice policy, while at the same time providing information and briefings on the latest government initiatives. Over the last few years, Clinks has taken the lead in trying to ensure that the criminal justice voluntary sector is well placed to bid to provide services to offenders within the changing structures of the probation service. Now that the government’s Transforming Rehabilitation initiative has been abandoned and replaced by a new unified National Probation Service, Clinks has been running a series of briefings and training events to inform voluntary sector organisations about the new Dynamic Purchasing Framework and give smaller charities the chance to meet larger providers in order to develop possible supply chains.

Over recent years, Clinks has been at the forefront in championing the needs of people who are discriminated against within the criminal justice system.

Clinks seeks to highlight the specific and often neglected needs of women in the criminal justice system and to provide support to the organisations that work with them. The organisation carries out this work in partnership with specialist women's organisations, such as Agenda, and campaigning organisations such as Women in Prison and the Prison Reform Trust. Clinks has called for a cross departmental strategy for women and girls, led by the Ministry of Justice, to ensure that women are diverted away from the criminal justice system at the earliest opportunity.

Clinks has also championed small BAME-led organisations to tackle racism and discrimination and provide tailored support to organisations working with BAME individuals in the criminal justice system. The organisation argues that all sectors working in the criminal justice system must work to tackle racism and discrimination by ensuring that they are using evidence and examples of good practice to meet the needs of BAME individuals. It pushes for the voluntary sector to continue to be at the forefront of this work, both highlighting evidence of racism and discrimination, and seeking solutions with BAME organisations and experts. Clinks argues that the government should have a comprehensive strategy which gives race equality a central place in all policy making and should have ambitious aims for reducing the inequality across the system, drawing on the expertise and experience of BAME voluntary organisations.

Clinks has played an important role throughout the pandemic, helping to coordinate the response of the criminal justice voluntary sector which has been even more important than usual in plugging the gaps in the system which grew even bigger as the probation service in particular retreated to working almost completely on a remote basis. The organisation has been constantly monitoring the impact of the lockdown and lack of funding on the sector and has administered an emergency funding package. Clinks has also set up a Reducing Reoffending Third Sector Advisory Group (RR3) special interest group on Covid-19 to formally channel policy discussions and suggestions into the Ministry of Justice and HMPPS. This group recently produced a paper highlighting key concerns and setting out a set of principles for the prison and probation worlds should look like in a post-pandemic world.

You can find out more about Clinks here.