What are witness intermediaries? 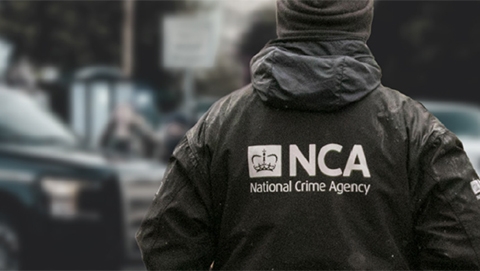 The Ministry of Justice has just updated its guidance on its Witness Intermediary Scheme. Most people haven’t heard of intermediaries, they are a hidden cog in the wheels of justice. A relatively new profession, intermediaries work with the police and courts as communication specialists to ensure adults with communication difficulties or very young children give the best evidence possible to police and in court. They are not allowed to tell people what to say or to take sides. They may help courts to interpret an eye-blink machine, or encourage police officers to use post-it notes to help people put events into the order they happened, or suggest paper gingerbread men as a prop for a very young child to provide evidence in a sexual abuse case, giving them a way to show just where they were touched. As impartial specialists, registered intermediaries make sure everyone has a voice in our justice system, whatever their age, health or communication difficulties.

Registered Intermediaries come from a variety of professional backgrounds such as speech & language therapy, teaching and social work. They have been recruited and selected by the Ministry of Justice and have successfully completed training and assessment.

Registered Intermediaries are provided through the Ministry of Justice Witness Intermediary Scheme, which typically helps around 500 victims and witnesses every month. This scheme allows police officers and crown prosecutors to access high quality professional support when needed.

The latest annual report for the Witness Intermediary Scheme (covering 2019/20) shows that intermediaries helped with over 6,700 cases in the last year, more than half of which concerned children. The number of requests for an intermediary has rocketed over the last decade, increasing by 483% between 2010 and 2020. The MoJ has had to recruit more intermediaries to meet demand, running three recruitment campaigns in the last year alone. More than nine out of ten (91%) intermediary requests are for victims with the remaining requests for prosecution witnesses.

The report gives details of the seven categories of vulnerability with means that witnesses (who are normally victims as well) can receive help. The first category – child without concurrent vulnerability – means that someone is vulnerable simply by being a child. Often children in this category are the victims of sexual abuse – the youngest known child who has so far given evidence to police and which resulted in a guilty plea was just two years old. The seven categories are:

Intermediaries help both in police investigations and in court cases. They can advise on language and grammar, the ways in which questions are asked. Intermediaries sit next to a witness (sometimes via a video Livelink) to ensure that they understand the court process. They need to ensure that people with autism for instance have understood the purpose and meaning of a question and aren’t getting confused.

However, although all witnesses assessed as needing an intermediary have a statutory right to one, no defendant has the same entitlement: it is up to the judge whether to appoint an intermediary or not. While registered intermediaries may provide this service to defendants, there are also a number of private companies who operate these services for defendants but without the same level of quality assurance which applies to the MoJ scheme.

The Witness Intermediary Service is an invaluable, if mainly hidden, component of our criminal justice system. Its value is best described by the title of a 2018 report published by the then Victims’ Commissioner Baroness Newlove “A Voice for the Voiceless” which strongly endorses the value of the service and recommends both an increase in the number of registered intermediaries and a better support structure for intermediaries themselves. It is easy to imagine the emotional toll on intermediaries who often have to cope alone with the personal impact of evidence in such traumatic cases as small children witnessing murder or abuse or grown men made to work as modern day slaves and manipulated for their benefits and bodies.