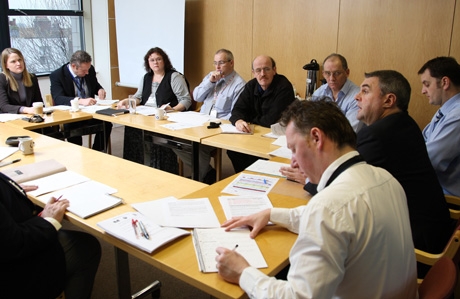 Last week the Ministry of Justice published new plans to strengthen the supervision and monitoring of convicted terrorists and others who pose a terror risk following an independent review carried out by Jonathan Hall QC which resulted in a 66 page report.

The review acknowledged that well-established processes were already in place between police, probation and other agencies to manage terrorism-risk offenders, but that a number of key improvements could be made.

Mr Hall acknowledges that there does not exist any certain means of predicting whether an offender will carry out a terrorist attack. He did however identify a number of concerns. These included the failings of he main risk assessment tool for terrorist offenders;  the Extreme Risk Guidance (ERG 22 +) was found to sometimes seriously minimize the seriousness of terrorist offences, too often accepting the offender’s characterisation (and in some cases denials) of offences of which they had been convicted. The review found that it was not clear that sufficient attention was paid to the facts of the offence or the judge’s sentencing remarks. Mr Hall contrasted ERG 22 + assessments unfavourably with Pre-Sentence Reports prepared by Probation Officers which he found to be generally strong in giving proper weight to the facts of the offence, whatever the offender’s attitude.

Mr Hall’s review (published in May this year) made five key recommendations:

The MoJ claims that many of the proposed changes were already underway as part of the government’s Counter-Terrorism and Sentencing Bill. The Bill includes plans to require terrorists under probation supervision to undergo polygraph testing and giving judges more discretion to decide a crime is terror-related (with the consequence that a longer sentence would be passed).

The National Probation Service has also created a new National Security Division which will double the number of specialist officers dedicated to supervising terrorism-risk offenders and strengthen its work with police, prisons and the security services.

The government has also confirmed it will bring forward new legislation to give police the powers to search terrorist offenders on licence and obtain warrants to check they are complying with the terms of their release, for example by searching their home or seizing electronic devices. The legislation will also ensure offenders who pose a terror risk but were not convicted of a terrorist offence can be supervised like those who were.

Other changes outlined in the government response to his report include: