Neurodivergence in the criminal justice system 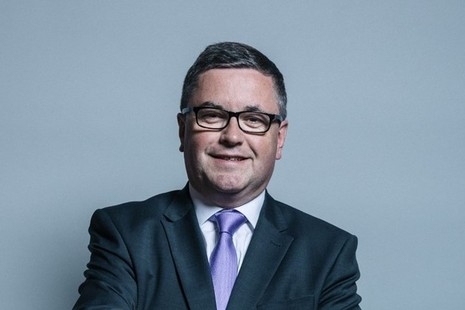 Work with Offenders looks at a new MOJ initiative

On December 18 the Justice Secretary Robert Buckland announced a new review intended to provide better support for people who have a range of neurodivergent conditions (such as autism, ADHD and dyslexia) and come into contact with the criminal justice system.

Neurodivergent offenders often have speech and language needs which make it difficult for them to understand and take part in the processes from arrest, through court, and potential sentencing.

A new call for evidence is intended to provide a clearer picture of how many offenders are affected by these conditions and what support is already available in the criminal justice system.

The review will cover a wide range of neurodiversity, including learning difficulties, learning disabilities and emotional and behavioural changes due to acquired brain injuries.

Greater understanding and support from the police, prison and probation service will boost public safety by helping people with these conditions engage better with rehabilitation and stop committing crime.

The Justice Secretary made it clear that the courts, judiciary and legal sector also have a role to play in supporting the government build a fairer criminal justice system which is easier to understand and navigate. Some studies have suggested that over a third of all offenders have some form of learning disability or difficulty and over half of prisoners may have sustained acquired brain injuries.

The call for evidence, which is being led by HM Inspectorates of Prisons and Probation, will provide an opportunity for the public, charities and those across the criminal justice system to share their experiences and suggest ways that it can be improved.

Findings from the call for evidence will also support the Ministry of Justice to develop a training package to educate frontline staff about neurodiversity and when someone might need extra support. Three prisons, HMP Whatton, HMP Wakefield and HMP/YOI Parc, and the Lancashire division of the National Probation Service have all received accreditation from the National Autistic Society in the last few years for the work they do to support autistic people.

Recent inspections have found that there has been a slow but steady improvement in the capacity for probation services to identify and provide proper support to people with neurodivergent conditions, with provision varying considerably across the country.

While probation staff interview offenders and work with agencies such as social care and the police when providing sentencing recommendations to judges, the vast majority of Pre-Sentence Reports are prepared swiftly and are delivered orally, meaning that the needs of many offenders with speech or communication difficulties are missed with the result that they fail to receive the support they need during their probation supervision.

However, next year, the National Probation Service will pilot a new screening tool to identify those with neurodiverse conditions and provide advice on how to support them. The reunification of the probation service in June 2021 should make it easier to disseminate best practice learnt from both evaluation of this screening tool and the call for evidence.

If readers wish to contribute to the call for evidence, they can do so here – please note that the consultation will close on 15 January.

The call for evidence will be backed up by a series of round-table events, consultation with practitioners, and feedback from those involved in the CJS with a report anticipated next summer.