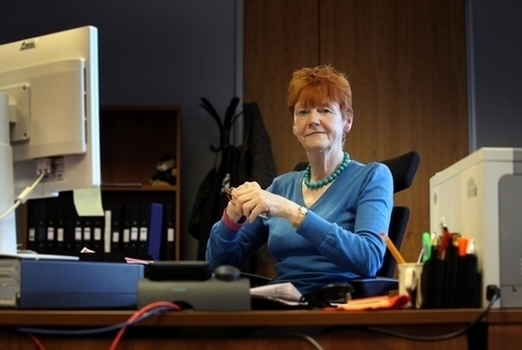 The Victims’ Commissioner, Dame Vera Baird today published her second Annual Report, but the first to be formally laid before parliament. This added status corresponds with a growing acknowledgement that the needs and rights of victims of crime should be central to the design of the criminal justice system.

Dame Vera Baird was appointed Victims' Commissioner for England and Wales in June 2019, but you might be forgiven for thinking that she had been in post for much longer. She is putting all the skills and know-how she learnt throughout a long and successful career as a barrister, MP, government minister (she was Solicitor General for England and Wales between 2007-2010) and Police and Crime Commissioner to excellent use in her new role, much of which is centred around ensuring that government improves the experience of victims of crime at every stage of the criminal justice system. It is a rare month that goes by without any report or initiative from the Victims’ Commissioner’s office.

Like most annual reports from Commissioners and Chief Inspectors, this one focuses on achievements of the past year while looking towards key strategic priorities ahead. Dame Vera focuses on three key issues in particular:

Violence against women and girls

Dame Vera uses her annual report to reflect on the prominence of VAWG in the wake of the awful killing of Sarah Everard and the horrific murders of Bibaa Henry and Nicole Smallman, and strategies set to emerge in due course. There are provisions in the Police, Crime, Sentencing and Courts Bill which the Commissioner says can be better shaped to best serve VAWG and domestic abuse victims. She also announces her intention to amend clauses in the bill which will damage victims’ privacy. Dame Vera expresses disappointment that the rape review was not as strong as had been hoped and pledges to lobby to strengthen the response to the plummeting levels of rape prosecutions which she calls the decriminalisation of rape.

The Commissioner says that some victims are now facing years of unacceptable delay in their quest for justice with some cases being listed for 2023. She highlights the latest data which suggests that in cases going to trial, on average, victims are waiting just under 50% longer once the case has been sent to the Crown Court, compared to pre-pandemic.

Dame Vera raises the issue that delays prevent victims processing their trauma, with their lives put on hold as a result. She points out that some victims will simply decide to opt-out of the criminal justice process altogether, leaving them with no resolution and the public with the risk of a guilty criminal free to offend again. This concern is borne out by the data; in the last 5 years the rate at which victims have withdrawn from a case pre-charge has gone up from 9% (2014/15) to 26% currently. The problem is worst for the most serious, interpersonal offences like violence against the person, which has leapt from 24% in 2014/15 to 45% in 2019/20. Excessive delays in getting cases to trial are almost bound to exacerbate this trend.

Dame Vera says that in our adversarial system, the defendant is at the centre of the court process. The prosecution prosecutes them; the defence defends, the jury determines guilt and the judge ensures their trial is lawful and fair. She does not criticise this centrality and acknowledges that defendant’s rights need to be fully protected.

However, she says the problem is that all the agencies lean in towards this focus with the inevitable consequence that victims are all too often seen as temporary and marginal. Crimes are seen as an attack on the state and not against the victim. So, proceedings are not there to put right the victim’s wrong but to enable the state to inflict punishment and affirm the rule of law. If a case is brought, the victim can be compelled to be a witness but is not there to talk about what he/she has personally suffered, merely, like a bystander, to tell the court what the defendant did.

Dame Vera describes how the treatment of victims as bystanders across the criminal justice system impacts not only on their experience of system but their perception of it. She argues that the time has come to re-conceptualise the status of victims so that they are seen as active participants from the point the crime is committed throughout the criminal justice process and beyond.

The Commissioner concludes that the introduction of a Victims Law is an opportunity to address this by redefining the status of victims within the criminal justice system as active participants with rights that flow from this status.