What lessons can we learn about pandemics and the law? 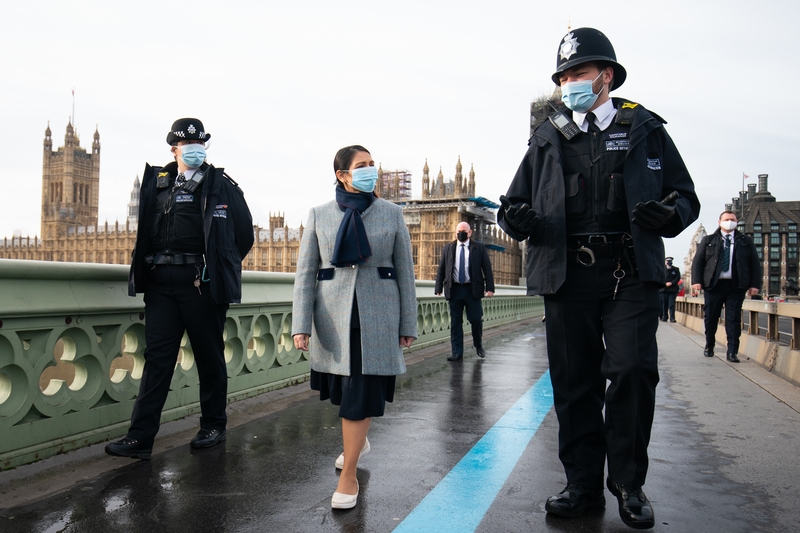 Work with offenders on a new Justice Committee report

The House of Commons Justice Committee has today published a new report from their inquiry into COVID-19 and the criminal law. This report examines what lessons can be learnt from the way in which new covid-19 related offences have been created and enforced throughout the pandemic. Specifically, MPs have considered the creation and enforcement of these offences within the context of the wider criminal justice system and from a rule of law perspective.

The central recommendation from the inquiry is that the Government needs to ensure that the criminal law is fully considered within future pandemic planning. In addition to creating a public health crisis, coronavirus has shown that pandemics can have an enduring impact on our criminal justice system and courts.

MPs concluded that that the Government was justified in acting quickly in the face of an unprecedented health crisis but must learn lessons to ensure it is better prepared for the future. The Committee calls for the Ministry of Justice to have a more central role in the development of all new criminal offences, as well as improvements in the Parliamentary scrutiny and public communication of those measures. Since the new offences were essentially focused on public health, they were led by the Department of Health and Social Care, MPs were concerned that the MoJ was not more involved in the creation of these criminal offences.

As readers will be only too well aware, the Government implemented a series of new offences to enforce restrictions implemented to protect public health in response to the Covid-19 pandemic. Failure to wear face coverings when required, restrictions on public gatherings, and quarantine following a positive test or international travel could see fines of up to £10,000 for repeat offenders.

The Justice Committee found that the Government was justified in acting with speed to implement new enforcement measures in the face of a public health crisis. However, it says that valuable lessons must be learnt to improve the development and implementation of such measures in the future.

MPs applaud the establishment of the UK Health Security Agency which they say is a welcome step in improving pandemic preparedness, but argue that the body must have adequate criminal law expertise to influence the direction of enforcement measures.

The Committee recommends that the agency launches a study into the role the criminal justice system played in protecting public health during the pandemic and the effectiveness of new offences in ensuring compliance of covid-19 restrictions.

MPs stop well short of criticising the Government recommending the need for a rapid response in an unprecedented situation. However, they do express concern that so many laws were passed with such little time for consideration by parliament. The Committee argues that the scrutiny by parliament is key for three main reasons:

MPs signal their concern over two main issues. Firstly, they want the Government to move away from what they see as an over-reliance on issuing fixed penalty notices (FPNs) of increasing amounts to ensure compliance with public health regulations. Non-compliance with FPNs puts people at risk of eventual imprisonment. The Committee wants the Government should undertake a review of the effectiveness of FPNs and establish parameters for their future use.

The other issue highlighted by MPs is the use of the single justice procedure, where a case may be dealt with by a single magistrate rather than a trial in open court. The Committee again asks for a review to see whether this approach provides “appropriate transparency for new and complex offences.” The single justice procedure is already challenged by a number of legal campaigners where it deals with offences where people are notified by post since a large proportion (probably a majority) don’t respond to the letter and are declared guilty without any form of involvement or representation in the legal process.

The Committee make it clear that the focus on the report is on ensuring that the country is better prepared for any future pandemic.