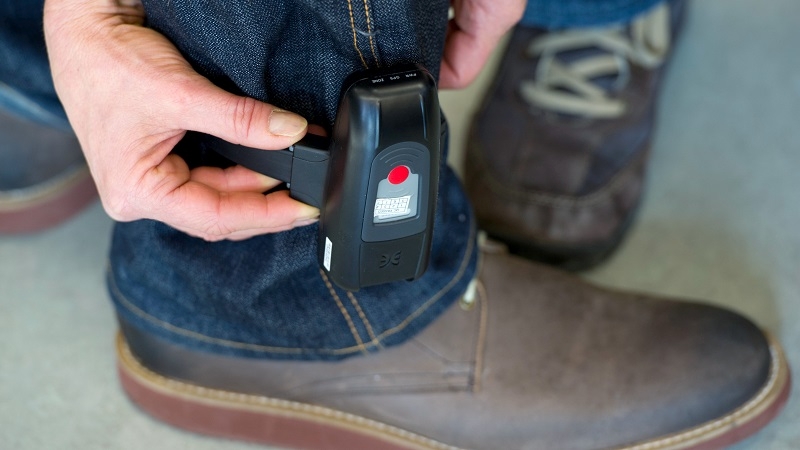 Dominic Raab, the new Justice Secretary, made two big announcements today following through the Government’s commitment to be tough on crime – and criminals.

In the first announcement, Mr Raab said there would be an extra £183 million invested which will result in almost twice the number of offenders being tagged. Three main groups will be targeted:

Around ten thousand of the new people to be tagged will be prolific robbers, thieves and burglars fitted with GPS tags on release from prison. This approach has already been piloted and was expanded to half of the country last week, It will not receive new funding for at least a further three years.

The second group to be targeted will be 12,000 people known to commit crimes when under the influence. Again, these individuals will be tagged on their release for prison with alcohol monitoring tags which provide real time information on whether an individual has alcohol in their body. Alcohol Abstinence Monitoring Requirements have been used on community orders since last October during which time approximately 1,500 offenders have been required to wear them. Research has found that most people comply with the condition not to drink alcohol but there is no published evidence that wearing the tag reduces reoffending.

The third group includes over 3,500 high-risk domestic abusers who will have their whereabouts monitored using GPS tags with the aim of protecting victims and children from further trauma. The tags may also help the Probation Service discover relationships that offenders are not disclosing so they can alert new partners.

In addition, the MoJ announced a £19 million Innovation Fund which will be used to test different ways of using existing technology to cut crime and foster the development of new types of tags. An area of particular interest is whether new technology could be developed which would notify police or probation staff if an offender has been taking illegal drugs.

The Justice Secretary’s second announcement was an extra £93 million to increase the amount of unpaid community work undertaken by people on community orders or suspended sentences to approximately 8 million hours per year.

The funding will be used to recruit 500 more community work supervisors and develop new national partnerships between the Probation Service and major organisations. There will be a particular focus on outdoor projects that help improve the environment and “allow the public to see justice being done”.

Offenders will clean up hundreds of miles of rivers and canals every year under the first such agreement. The deal with the Canal & River Trust will see offenders make reparation to their local communities by clearing litter, tidying tow paths and maintaining beauty spots along the 2,000 miles of waterways in England and Wales.

The MoJ says that the move is designed to restore the public’s confidence in community sentences by ensuring offenders are visibly atoning for their crimes in a way which benefits local people.

Offenders will wear a high-visibility “Community Payback” tabard while they work, which many in the criminal justice community will see as unhelpful, adding to the shame and stigma of having a criminal record.

In a more positive vein, the MoJ also says that the extra funding will also provide training opportunities for people doing unpaid work to develop their skills to boost their employability. Currently, up to 20% of the unpaid work hours ordered by a court can be used on education, training and employability courses in the hope that the court order will also help people find work as a key part of their journey away from a life of crime.