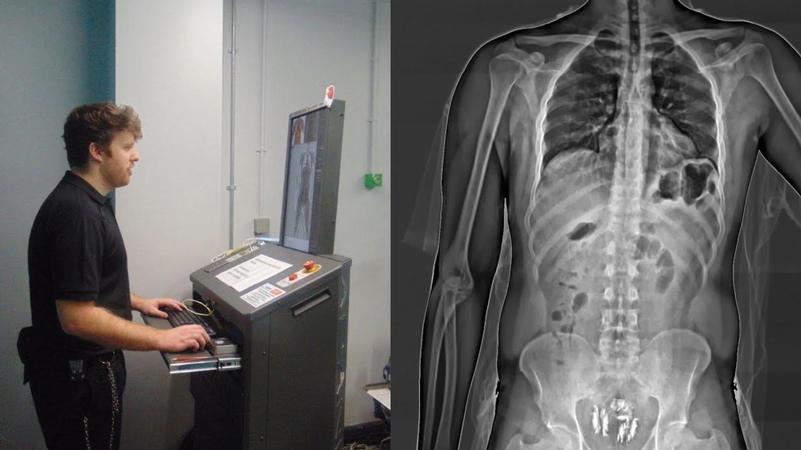 Work with offenders on the success of new scanners

The Ministry of Justice today published a press release about the success of the new X-ray body scanners introduced into 74 prisons over the last fifteen months.

X-ray body scanners (XRBS) are used in adult male prisons to detect if prisoners are attempting to conceal contraband internally. XRBS can only be used on prisoners where there is intelligence or reasonable suspicion that they are internally concealing contraband and there is no other means of detecting the suspected contraband (ie full or rub down search). There is a formal procedure which prisons are expected to follow.

The 74 scanners, developed specifically for the Prison Service, allow staff to instantly identify whether prisoners are smuggling illegal contraband items within their bodies. The scanners have picked up Spice, morphine tablets, mobile phones, SIM cards, phone chargers and tobacco.

At HMP Garth a prisoner was found to be in possession of an iPhone and charging lead during a body search. The scanner revealed a large package in his bowel, later discovered to be full of tobacco.

XRBS were installed in staggered waves over the past 15 months, with the first wave beginning in July 2020. 51 sites were completed by March 2021 and a further 23 sites were completed by October 2021. They are now in operation at every closed male prison in England and Wales. There were already 18 XRBS in prisons prior to this big rollout under the “Security Investment Programme”. The data published today covers only the finds made by these new scanners, not the ones already existing.

Unfortunately, the MoJ has not supplied information on the breakdown of these positive scans in terms of the types of contraband found although it is clear that most finds will relate to drugs or mobile phones (including chargers, leads and SIM cards). Work with offenders has contacted the MoJ to see if it will release this information into the public domain and we will update this story if that information is forthcoming.