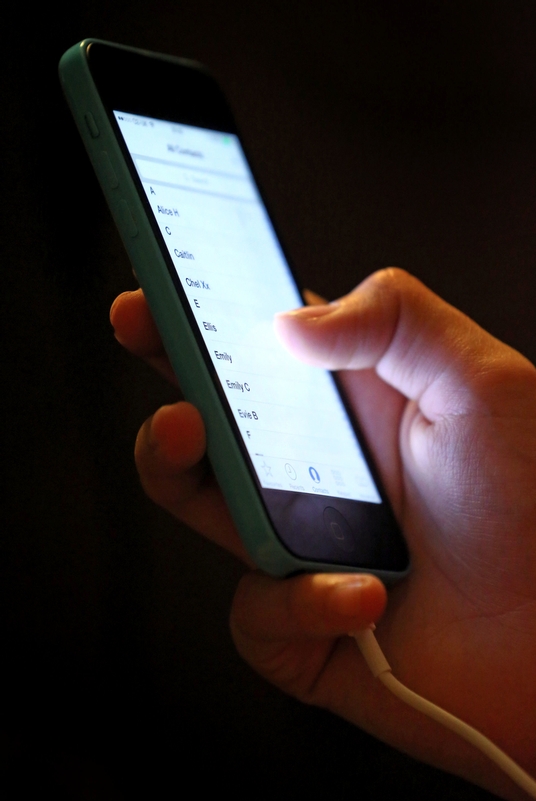 Under the new law, victims’ mobile phone data will only be requested where a police officer reasonably believes that information stored on the electronic device is relevant to a reasonable line of enquiry. The Bill’s Code of Practice will further specify that requesting any such material must only follow if it is ‘strictly necessary’ in pursuit of that reasonable line of inquiry.

The government’s amendments will make it illegal for police to place “undue pressure” on a victim to agree to their phone being searched. Victims must be told what information is being sought and what “reasonable” line of inquiry officers are pursuing so that they can provide informed consent.

Victims must be informed that declining to consent to hand over their phones will not automatically lead to a police investigation being dropped. Presently, many rape victims feel compelled to hand over their devices and agree data download demands in order for the investigation to remain active. The law change does not diminish in any way defendants’ rights to full disclosure of any material which might undermine the prosecution case or support the defence.

The government’s changes to the Bill follow months of close engagement between the Victims’ Commissioner Dame Vera Baird and government Ministers, with support for the changes coming from leading police voices and the Information Commissioner. The National Police Chiefs Council were consulted on the changes and were content that the law as proposed gives them sufficient powers to investigate, whilst avoiding unnecessary infringement of the privacy rights of victims.

Dame Vera has also proposed similar amendments to limit unjustified police demands for personal information held by third parties, such as victims’ lifelong medical and social services records, school records and therapy notes. These have been tabled in the Lords and the Victims’ Commissioner is hopeful that the government will also back these changes.

There are accounts of people reporting historic sexual offences from the 1970s and 1980s being asked to hand over their current mobile phone data and of people who are raped when aged in their 30’s being required to consent to having their childhood social services records investigated.

When victims report sexual offences, their personal devices can be subject to what Dame Vera calls “extreme and indiscriminate data collection”, in which highly personal and sensitive information, such as text messages and photos, are extracted.  She said this material often has no relevance to the offence in question and campaigners say this data is extracted in an apparent search for material to discredit the victim before even beginning to investigate the accused.

Victims have sometimes been told the case will be closed if they do not comply, leading to many victims withdrawing as they are uncomfortable handing over private data to authorities. For rapes recorded in the year ending 31st March 2021, 42% of victims ended up withdrawing their support.  Research conducted in 2019 by the Victims’ Commissioners found that one in five victims withdrew complaints, at least in part, due to disclosure and privacy concerns.

As well as causing victims to withdraw from prosecutions, other research by the Victims’ Commissioner ( a survey of rape complainants in 2020) found that handing over all their personal data is also a factor for victims in whether to report in the first place. Some rape complainants who were surveyed said that scrutiny of their personal lives was a consideration in their decision not to report.

Many have spoken of how having all messages, photos and videos relating to the entirety of their personal lives subjected to lengthy analysis is a traumatising experience which compounds the original trauma of having been raped. Additionally, the massive volume of data leading from indiscriminate searches means investigators must sift through sometimes thousands of items which can lead to extensive delays in processing sexual assault cases.

The latest CPS figures indicate that the average time from receiving the case from the police to charging is 170.2 days, over four times as long as the average for other types of offences.