Prisons still not meeting the needs of older prisoners 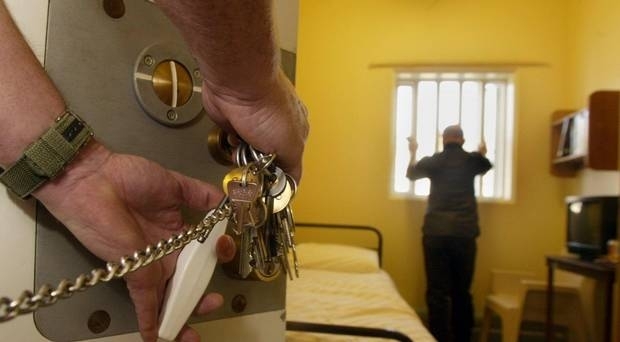 Work with offenders looks at new research from Recoop

Recoop, the charity dedicated to pioneering new and effective ways to support older prisoners (defined as those aged 50 years or older) has just published a new report providing valuable evidence on the needs and experiences of older people in prison, with key recommendations for policymakers to influence the development of the Older offender strategy.

A prison is a particularly difficult place for older people. Many have complex needs and some are coping with long-term or terminal illness. Older people in prison need different health and social care support than their younger counterparts – so appropriate meaningful activity and social connections are particularly important for them. Some face the stark reality of spending their final days in prison and questioning what a good death looks like.

We set out the main findings of the report below.

Prisons designed and built in the Victorian era were damp, insanitary and overcrowded; 32 of those prisons still form part of the prison estate today. They are expensive or in some cases impossible to bring up to date to a point where they are able to meet the needs of a growing older population.

Prisoners interviewed for this research highlighted large numbers of basic maintenance needs such as broken toilets and showers. Others raised the inadequacy of basic essential provisions, such as mattresses and pillows, saying: “I’m having to use clothes to pad both of them out” and “the mattresses are very poor, extremely thin, hard and very uncomfortable.”

A lack of appropriate accommodation for disabled prisoners was prevalent in the feedback, with showers particularly unsafe with only a few having  grab rails. Wheelchair access to other areas of the prison was, in some cases, impossible. This means that engagement in activities including work and education was not possible for some people.

There was inappropriate use of top bunks for people with mobility issues and some prisoners interviewed for the study raised lengthy wait times for mobility aids such as wheelchairs and frames. In some cases these simply never arrived.

57% of older people surveyed for the report felt that activity for the older population (pre-Covid-19) was poor. This increased to 79% during Covid-19.

People felt that the education curriculum was not of interest to most older people and where classes were of interest, physical access was often a significant barrier  – in one prison for instance, the education block could only be accessed via a multi-flight outside fire escape.

Where day centres were available, they were much appreciated.

Access to health and social care was problematic in many prisons. However, three prisons involved in the research had social workers on site to carry out assessments. Prisoners often lacked help they needed with basic personal care tasks such as dressing and clothing themselves. Some struggled to change their bed clothes or were insufficiently mobile to go and collect their own meals.

Some prisons operated formal Recoop Buddy programmes, where prisoners are trained to National Care Standards (adapted for use in prison) to support other prisoners with health and social care needs; these were appreciated by care recipients and often valued as a worthwhile occupation by Buddies themselves.

Resettlement and end of life care

Many people interviewed for this study were concerned whether they would get the help and support they needed to cope with life on release.

In the report, Dying Behind Bars, Hospice UK identified failings in end of life care for prisoners, including widespread inappropriate use of restraints, delayed or absent consideration of compassionate release, and care that did not make use of the skills and specialisms available from the health and social care sectors.

Interviewees for this study highlighted very similar issues when asked some difficult questions about end of life in a custodial environment. Many thought that people who are terminally ill in prison should be at home with their family, whether through better use of compassionate release or early release, perhaps using electronic monitoring as a mechanism.

A smaller proportion felt dying with dignity was possible in prison by allowing family to visit, for staff to be respectful, to have a choice of location or cell, a relaxation of rules in terms of what could be sent in, to have some time outdoors, to be involved in decision making and to be assured that their final requests and wishes would be followed.

The report recommends that the Ministry of Justice develops a delivery plan to operationalise the long awaited national Older offender strategy and that each prison should have its own delivery plan. We have been aware of the lack of basic services for older prisoners for many years now, but little progress appears to have been made in tackling the problem.