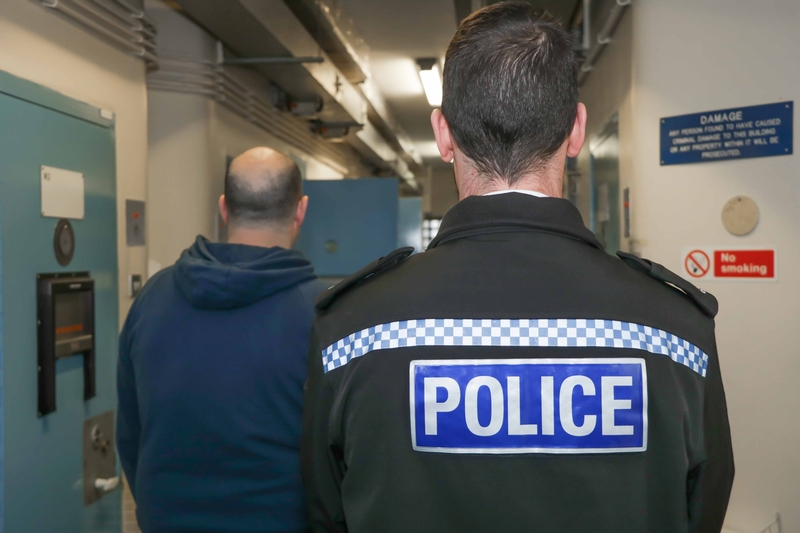 A major new joint inspection published today has found poor support for people with mental health issues as they progress through the criminal justice system in England and Wales. Inspectors labelled the findings “disappointing” and said too little progress had been made since the last review in 2009. The inspection was conducted by six different inspectorates:

Inspectors looked at more than 300 cases from six regions, interviewed 550 professionals, and heard from 67 people with mental health issues who had been through the criminal justice system. Their headline findings were highly critical:

The main findings of the report are summarised below.

Lack of a common approach

The lack of a common definition of mental ill health means nobody has an accurate picture of the numbers of people with mental health issues in the criminal justice system, or the collective needs or risks posed by these individuals. Inspectors found a myriad of systems are used to screen and assess people as they are arrested, charged, sentenced and supervised. Incomplete or poor records mean individuals might not receive appropriate treatment, charging decisions are affected, and there are delays to court proceedings.

Inspectors interviewed police officers who said they were unclear when they could share information about an individual’s mental health with the Crown Prosecution Service. This was despite the Data Protection Act (2018) including an exemption for sharing data for justice purposes. This gap means prosecutors, defence lawyers, judges and magistrates can make decisions without crucial details.

Poor information-sharing hampers work in prisons and probation services too. As a result, prisoners transferring in and out of prison do not get seamless support with their mental health needs. Probation practitioners reported their work was often hindered because community mental health services would not allow them to access information about the individuals they supervised – despite the fact these requests are lawful.

The inspection found delays are common at every stage of the criminal justice system. Courts face long waits for psychiatric reports, which are used to make sentencing decisions. The shortage of good-quality mental health provision leads to “unacceptable delays” for individuals accessing services.

Inspectors found extremely unwell prisoners were often left in prison instead of being transferred urgently to mental health hospitals. Delays were often caused by a lack of medium and high-security beds; the mental health of these prisoners often further deteriorated as they waited.

Inspectors have called for urgent steps to be taken to address the situation, to meet the 28 day targets from first assessment to transfer now laid down in NHS guidelines.

Black, Asian and minority ethnic people are both overrepresented at every stage of the criminal justice system and at comparatively higher risk of mental illness. Inspectors found a lack of specialist services for these individuals.

Although inspectors concluded that not enough has changed in the 12 years since the last joint inspection, they did, however, note improvements in some areas.

Inspectors welcomed the roll-out of mental health liaison and diversion services in police stations and courts, and recent initiatives to increase the number of Mental Health Treatment Requirements given by the courts. There has also been a significant fall in the use of police custody as a “place of safety” for people in mental health crisis.

The report concludes with a series of 21 recommendations aimed at different authorities within the criminal justice system. Many of these are concerned with the need for more resources, better mental health training for staff and improving information sharing across the system.