Policing by consent 'held up well' during the pandemic 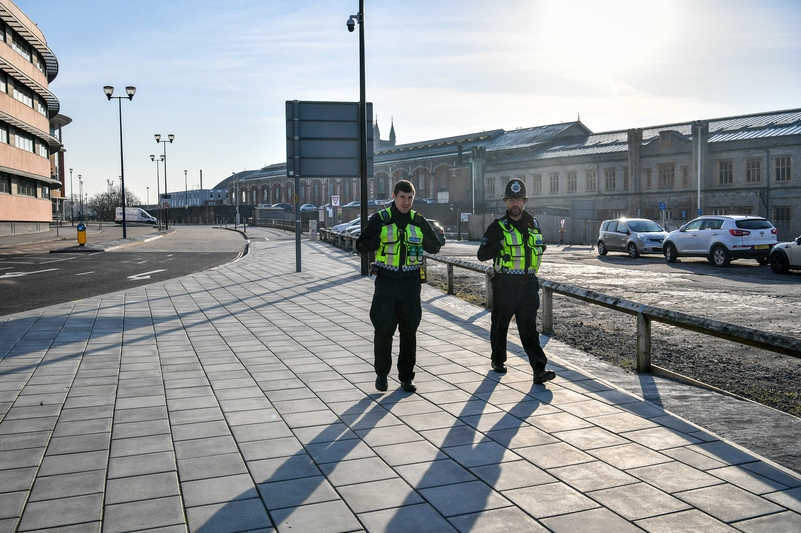 Work with offenders on an interesting report on best policing practice

The way police officers have dealt with people during the pandemic, through the ‘4 Es’ approach, has strengthened public goodwill  according to a new report published this week. “Policing the Pandemic” is a joint report by the crime and justice consultancy, Crest Advisory, and the Police Foundation, the UK’s policing think-tank.

Overall, the report finds that the pandemic brought to light both the strengths and weaknesses of the current policing model. On the positive side, the police responded well to the operational challenge, managing to keep core services running at a time when other public services often struggled. Despite coming under considerable pressure, the consent-based approach, the cornerstone of British policing, held firm. The report describes the police’s approach as making “determined efforts” to explain and communicate their role in applying new coronavirus restrictions, and concludes that their approach appears to have bolstered public confidence in the police.

Conversely, the report argues that the pandemic has reinforced the limits of the existing 43-force structure. While national policing organisations generally performed an important role in coordinating the overall response, the report authors argue that the pandemic exposed the need for a strong strategic centre.

Overall, the report finds that, as in many other areas of life, the pandemic has accelerated existing trends and problems, in particular highlighting the new demands on the modern policing service which will require different policing skills and capabilities which will not be addressed by the current recruitment of an extra 20,000 officers.

The 4 Es approach involved officers engaging with members of the public, explaining the coronavirus laws and regulations, encouraging them to comply and enforcing the rules only as a last resort by issuing fines. The report concludes that support for this police approach to enforcing the Covid-19 regulations has held up, albeit becoming more qualified over time. The public has tended to sympathise with the police believing they have been put in a difficult position due to the constant changes in the law and have insufficient resources to enforce public health restrictions while tackling other forms of crime and disorder.

However, this has not been the case in London where levels of trust and confidence in the Metropolitan Police have declined in the last year, which the authors suggest is related to a number of recent controversies including the murder of Sarah Everard by a serving police officer, the policing of protest and an increased focus on the impact of policing on Black communities.

Demands on the police

As readers will know,  overall recorded crime fell sharply in the earliest stages of the first lockdown it returned to pre-pandemic levels after 12 weeks. Disappointingly, the authors found little evidence that the police got more time to proactively investigate more serious offences as a result because increases in non-crime demand, often associated with Covid-19, offset reductions in crime. They also conclude that the pandemic has accelerated pre-existing trends of crime moving online and becoming more complex, higher harm and harder to solve e.g. shoplifting declined sharply while stalking increased significantly.

The report identifies five key lessons which can be taken from how the Covid-19 pandemic has been policed and makes a series of recommendations based upon them.

The lockdown reduced the opportunities for committing a broad range of crimes. While the authors don’t suggest introducing restrictions on our personal freedoms, they do say that more attention should be paid to designing out crime.

The pandemic accelerated pre-existing changes in the pattern of police demand, with a rise in the proportion of crimes taking place in private spaces or online, often involving complex social needs. At the same time, it also led to major shifts in ways of working, in line with other parts of the economy, with many back office staff moving to remote working. The report argues that the College of Policing should undertake a major workforce planning exercise to explore how the future police service can meet identified gaps in tackling financial and other online crimes.

3. Clarity around the rules

The authors point out the difficulties for the police and the public causes by the grey area between new legislation and government guidance. They recommend that the government needs to review this issue carefully and learn lessons for future pandemics.

The report commends the 4 Es approach and suggests it should be expanded to be used routinely in particular in areas where police use of power is highly contested, such as use of stop and search. Sending out high profile and consistent messaging explaining how and in what circumstances officers will use these powers, has the potential to have a positive impact on police trust and legitimacy.

5.The importance of a strong strategic centre

The report says that the pandemic demonstrated clear benefits of having greater central coordination in some areas. The creation of a national data centre in the National Police Coordination Centre helped to identify areas under pressure operationally and to present credible information to the public about how powers were being used. There was also valuable investment in new technologies to enable remote working and to reduce the need for face-to-face contact with members of the public. The report says that some of these innovations such as remote resolution of calls and virtual interviews and hearings, hold great promise for the future but caution that while there is plenty of local innovation, police IT strategy remains fragmented and adoption of new technologies uneven.