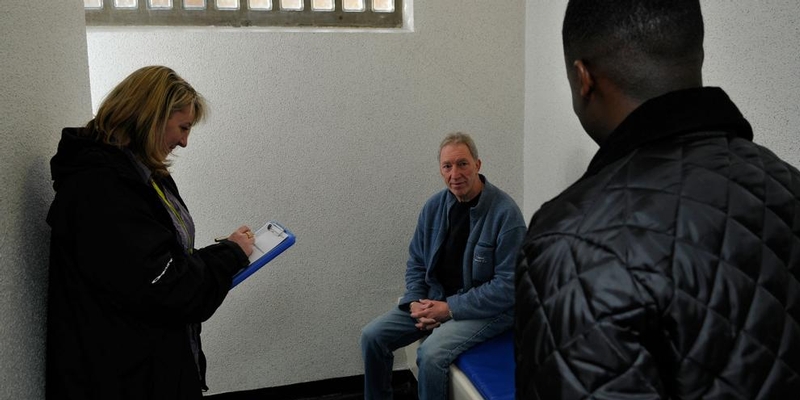 A new report published today by the Criminal Justice Alliance looks at the effectiveness of independent custody visitors at monitoring race and gender equality in police custody. Entitled “Just Visiting?”, the report is written by Amal Ali and Hannah Pittaway.

Several mechanisms exist to scrutinise policing and the use of police powers in England and Wales. These include stop and search community scrutiny panels; police monitoring groups; independent advisory groups; and independent custody visiting schemes. Independent custody visitors are members of the local community who volunteer to visit police stations unannounced and monitor the treatment and welfare of people held in police custody. As of February 2021, there were approximately 1,400 custody visitors working across 46 local schemes in England, Wales, Scotland, Northern Ireland and Jersey. Police and Crime Commissioners (PCCs) are responsible for administering custody visits to detainees in police custody suites across England and Wales and the Independent Custody Visiting Association (ICVA) leads, represents and supports individual custody visiting schemes to be more effective, ensure the welfare of detainees and deliver oversight of police custody.

The report is based on survey responses from 130 custody visitors in addition to a series of focus group interviews. The main findings of the report are set out below:

The report concludes by making a series of 30 recommendations to try to improve the diversity of custody visiting schemes and improve data collection. Readers can find the full report here.