Art in prison: the charity using the arts to improve relationships 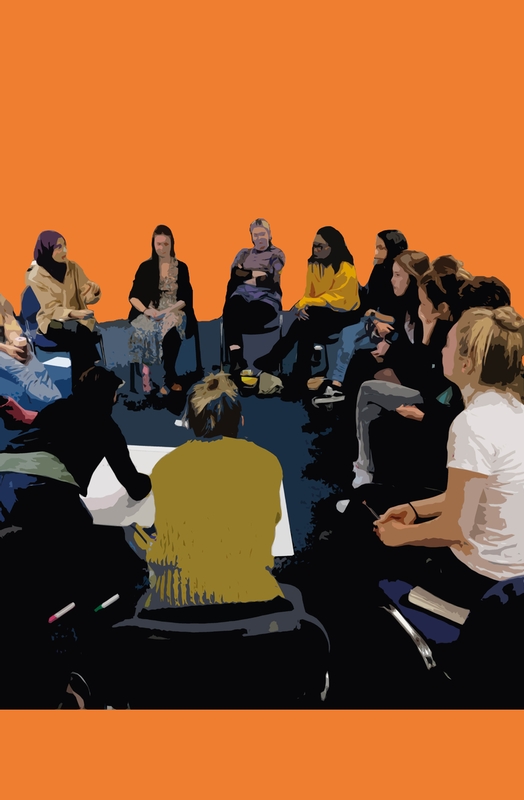 SafeGround is a charity working to help those in prison build and maintain relationships through the use of theatre and art.

The organisation was started in the early 1990s by two women, Antonia Rubinstein and Polly Freeman, who were studying theatre. They began running community workshops and events using various art techniques

They arranged workshops with the former Young Offenders Institute Glen Parva and went on to work in adult prisons including HMP Wandsworth.

Around the mid-1990s, the government published research that said family ties were important for people not returning to prison. The Home Office consequently commissioned SafeGround to devise the first family relationships programme using drama in the UK prison system.

The investment from the Home Office lasted for 10 years and funded two of the programmes that the charity continues to run today; Family Man and Fathers Inside. They are the charity’s flagship programmes, although they run others as well.

Family Man is described as a “therapeutic group work programme” which is four weeks long. It looks at how to strengthen, develop and possibly rebuild familial relationships.

Fathers Inside is specifically designed for fathers or father figures and explores more on child development and education as well as relationships with children and co-parents before, during and after prison.

Director Charlotte Weinberg said: “If we think about the idea of prison as the deprivation of liberty, and then the punishment is precisely the removal of you from your voluntary relationships. You can't be around the people you would normally either choose to or be forced to be around.

“That is true in prison as well, you might not have any choice but you'll relate to prison officers and other prisoners and management and staff.”

In 2014, the charity was working in 20 prisons across England and Wales, including five young offender institutions. Nowadays they are currently in six - Charlotte put the decline down to commissioning the cost, staff availability and the pandemic.

The in-person programmes are designed to be delivered in large groups, of up to 20 participants.

“In a large group, there's going to be a large number of responses, often you'll get ‘I dunno what I'm doing here miss, they just said I had to [...] sometimes, it's ‘I ain’t doing that’,  Sometimes it's, ‘I can't wait, I loved drama at school, let's do it,’ and sometimes it’s ’I’m not four, why would I play a game.’ And usually, it's a mixture of all of those plus anxiety plus, fear plus nervousness,” Charlotte explained.

“The way that we plan and prepare the process is very gentle, so that it's tiny little increments - the first thing you do is say your name in public and that’s it.

“Before we’re asking you to take giant leaps and be a tree [joke] we’re creating an environment where you feel supported.”

Charlotte explained that the programmes work on two levels, the content and then the unspoken element of the group dynamic which staff are there to pick up on - to notice unspoken hostility or why one offender sits silently and only laughs at a certain individual’s jokes.

The way they then address that, is by acknowledging it implicitly rather than in a confrontational way, talking generally about the anxiousness in the room or underlying tension.

Impact assessment for these types of workshops is not straightforward. Charlotte explains the organisation, since the beginning, has committed to external evaluation including academic research and evaluations into the programmes, as well as surveys by both participants and members of staff.

In 2012, the Ministry of Justice and commissioners asked for concrete evidence in order for them to commission the projects. The Ministry of Justice Data Lab was created which would allow organisations with large enough data sets (300 pieces of individual data) to be paired with a matched pair control group to analyse the impact of the programme.

This involved inputting three hundred names, prison numbers, dates of birth and earliest release dates into the system. They then find 300 similar people who haven’t done the programme and compare the re-offending results.

SafeGround were the first organisation to put their data through this system.

Charlotte said: “It came with a huge risk, regardless of the result, and obviously, you don't know what the result is until it comes out, and it will be made public.

“So we said, we’ll put our money where our mouth is. A) we think our product is really good, but B) we need to know if it’s not.”

She said that for the first result they received, the shift in percentage points wasn’t large enough to be termed scientifically “significant”, but it was large enough to indicate that with more data, it might reach the tipping point.

In 2016, they submitted the data for Father’s Inside and it returned a 16 per cent reduced reoffending rate. For 100 typical people who complete the intervention compared with 100 who don’t, the number who commit a further offence could be lower by between 4 and 28 people one year after release. The number of proven offences in the year after the release could be lower by between 16 and 123 offences.

Charlotte said: “Fathers Inside received the best ever result of any individual programme. Services have achieved better results than that but not an individual intervention.”

Across their history, the charity have been funded by a range of bodies including the Home Office, a grant funded by the Department for Education working in conjunction with the National Offender Management Service.

Nowadays they are commissioned by public and private prisons and occasional education providers.

“We’ve got a whole heap of evidence-based programmes and interventions now, there are lots of organisations that do arts and those that do other work in prisons.

“We are the only organisation, I would suggest, who do therapeutic group work in prisons and community settings, working with children, young people, men, and women, and with staff, and with families, visitors, community members, parents, and we see that as our niche."